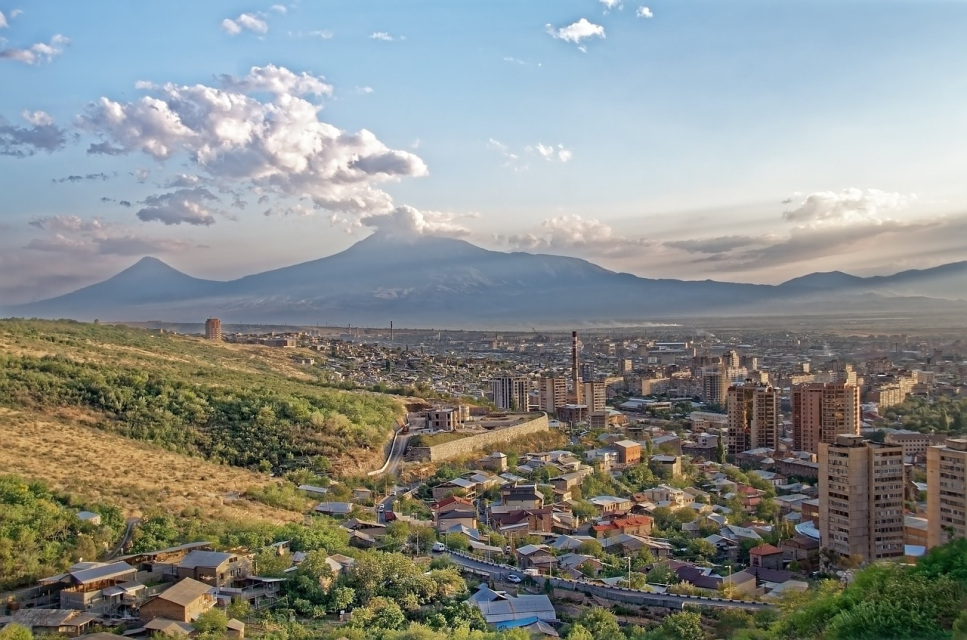 When planning a European visit we’d be the first to admit that Armenia may not come to mind immediately or at all. Part of the reason is its remote location compared to “core Europe“ and a lack of “marketing muscle."

For the intrepid traveler however, this country provides opportunities in all the key touch points of tourism. First, the country has quite a unique history going back to Noah; it has a long Christian history exemplified by well-preserved monasteries and churches and documented in priceless illustrated manuscripts.

​Despite its age, Armenia is a youthful country especially in its capital, Yerevan dotted as it is with first class restaurants and a wine-loving culture. This program offers a chance to experience the highlights of the country and does so without requiring a sacrifice in accommodations or hospitality.
SKU:
Add to Cart

Your journey to Armenia begins when you board your overnight flight to Europe where you will connect to the charming country of Armenia.

Depending on your connecting point you will likely arrive in the evening in Yerevan, the capital of Armenia. You are met by your Ultitude guide and escorted to your car which will take you to your centrally located hotel.

Today you will meet your guide for an introduction to the key sights in Yerevan. The city itself enjoys a dry temperate climate, has mountains on three sides and is divided by the Hrazdan River. The city was founded in the 8th Century although the country itself is much older. There is about 1,200 feet of elevation change in the city and you start at the highest parts to get a good view of the city. You then proceed to the city centre where your guide will take you on a walking tour including Abovyan Street, Republic Square and the City Park. You will stop for lunch before visiting the Matenadaran which although relatively new, houses one of the world’s largest collections of ancient illustrated manuscripts. There are over 14,000 completely preserved handwritten books, beautifully illustrated and covered in ancient leather embossed with silver. In addition there are also 300,000 documents with many dating back hundreds of years. After your tour, return to the hotel to freshen up before having dinner at a local restaurant with traditional Armenian music.      Breakfast, Lunch and Dinner

Day 4: Garni Village and the Secrets of Lavash

After breakfast you meet up with your guide and head into the countryside. Your excursion starts at the Monastery of Geghard which means “Lance” in Armenian. Legend says that the lance that pierced the body of Christ on the cross was found in the area and the monastery itself is partly carved out of the rocks. Nearby is the area of Garni which at one time was the site of a major Hellenistic temple and fortress complex. That was destroyed by the Romans in 59AD but was replaced by a Roman Pagan temple which still stands today despite the conversion of the country to Christianity (70 years before Rome) and the many onslaughts by Arabs and Turks through the Centuries. There are also some excellent Roman Baths and Mosaics. You will then travel to the village of Garni where you will enter a local home to learn the secret of making Lavash the famous Armenian Bread. Lunch at a charming outdoor restaurant follows this before returning to Yerevan. The evening is left open to allow you to select one of the many charming restaurants in the city.         Breakfast and Lunch

Day 5: The Vineyards of Noah

Today you will depart Yerevan and head into the Armenian countryside. Your first stop will be Khor Virap Monastery. The name means deep dungeon and it is so called because an Armenian King imprisoned Gregory the Illustrator in a dungeon (which you can visit today) because of his desire to convert the country to Christianity. Gregory was imprisoned for 13 years before the king released him. As punishment, God turned the king’s head into that of a boar but Gregory turned him back causing both the King and the country to convert to Christianity. The monastery also offers spectacular views of Mount Ararat the final resting place of Noah’s Ark. It is said that one of the first things Noah did upon coming down from Mt. Ararat  was to plant a vineyard and to this day fine wine is produced here which you will have a chance to sample before and during lunch. You then head to Karahunj which was created 6,000 years ago as an ancient observatory much like Stonehenge. Later you will arrive in the charming town of Goris where you will spend the night.   Breakfast, Lunch and Dinner

After a hearty country breakfast you head for the impressive Tatev Monastery Complex built in the 9th Century on a high bluff overlooking a spectacular valley. Because it was well protected and almost inaccessible, it flourished as the centre of the Church’s science and education programs. Although damaged by an earthquake in 1932, most of the complex remains and offers outstanding works of art and architecture. A picnic lunch is in store today combined with the opportunity to hike the nearby hills before returning to Goris.
Breakfast, Lunch and Dinner

Day 7: Echoes of the Silk Road

Your journey today will take you between two regions by way of the Selim Pass which, in ancient times was part of the Silk Road. You will have lunch at a Caravanserai where the traders would stay on their way from China to Europe. After lunch you stop at Noraduz Cemetery with a large and unique collection of ornate tombstones carved from the 6th through the 13th Century before arriving at Lake Sevan where you have a chance to visit Sevan Monastery one of the last functioning monasteries in the country. You arrive at your charming hotel overlooking the Lake where fish, fresh from the lake is a specialty in the restaurant.
Breakfast, Lunch and Dinner

After a leisurely breakfast your guide will take you for a scenic tour around part of the lake which covers over 750 square miles. Since it is situated over 5,000 feet above sea level the sun can be deceptively strong so summer precautions are recommended. After lunch at a lakeside restaurant you head to the charming craft village of Dilijan located in the mountains covered with trees that remind many people of Switzerland. Your hotel is charming and integrated into the community.
Breakfast, Lunch and Dinner

Day 9: The Crafts of Old Dilijan

In the 19th Century Dilijan was a center of culture and cuisine with wealthy vacationers traveling from Tbilisi and Baku to escape the summer heat and enjoy the culture. Things atrophied under the soviet era but now work is underway to restore Dilijan to its former glory. The center of life is Sharembayan Street where you will find specialized workshops and studios selling jewelry, clothing, carpets, ceramics, woodcarvings and furniture all made by hand according to Armenian traditions. Take the morning to explore and then after lunch, head to the foothills of the Caucasus Mountains and a picturesque hotel on the banks of the Ebed River. Although relatively new, the hotel includes native ingredients and captures the buildings from more ancient times; the restaurant offers excellent fare with a touch of influence from nearby Georgia.
Breakfast, Lunch and Dinner

Day 10: A Day in the Mountains

Today you have numerous choices. You can join your guide for some walks in the woods visiting ancient fortresses and present day villages. Given the river flowing nearby you can try your hand at fishing or you can sit on the terrace listening to the rushing water.
Breakfast, Lunch and Dinner

In the morning you will begin the return journey to Yerevan. Along the way you will stop at the monastic complexes at Haughpat and Sanahin before stopping at the Museum dedicated to Mikoyan, the inventor of the MIG fighter jet. After lunch in Alaverdi you will pass through Vandzor, the third largest city in Armenia and the site of the major earthquake in 1988. Arrive back at your hotel and rest of the evening is left open.
Breakfast and Lunch

In the morning you will visit the food markets to see the bounty that Armenia has to offer, particularly fresh fruit. You will also visit an open air market dedicated to the sale of handicrafts. Your last visit will be to the Ararat Brandy Company where you get to taste this nectar. So tasty is it that Winston Churchill ordered 400 bottles a year (one per day with a little extra) after first tasting it at the Yalta Conference. After lunch the rest of the afternoon is open. In the evening depending on the schedule and your inclination, numerous cultural activities will be offered. It could be a performance at the Opera House or Symphony Hall or traditional folk music and dancing.
Breakfast, Lunch and Dinner

Depending on the airline selected, you will be transferred to the airport and assisted with your check in for the return flight to the USA arriving back the same afternoon.
Breakfast 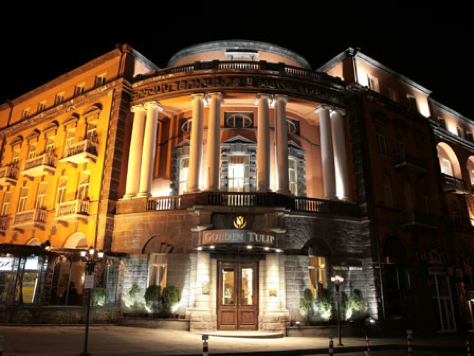 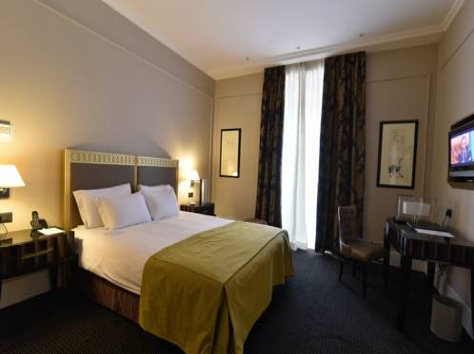 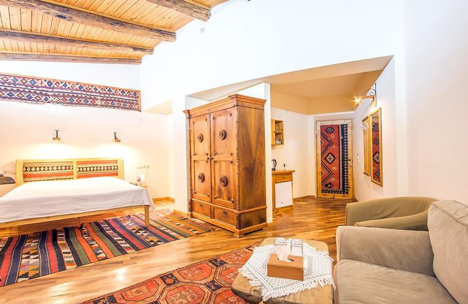 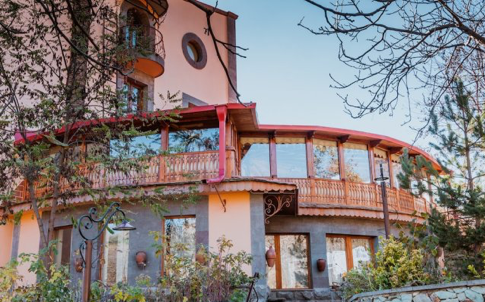 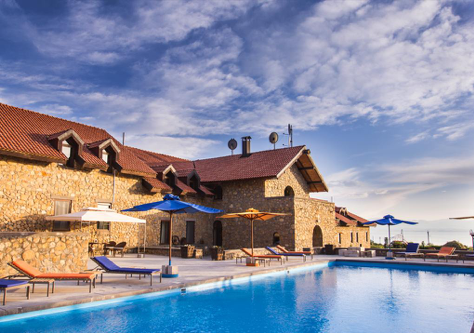 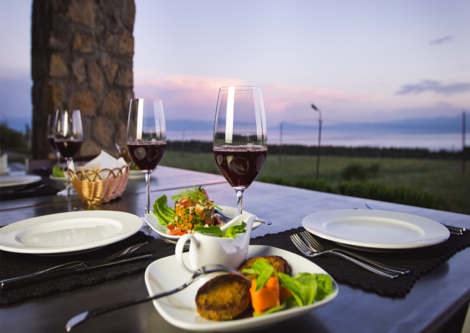 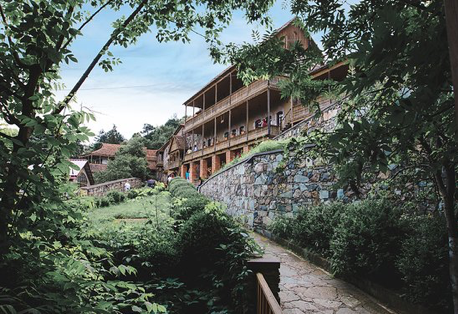 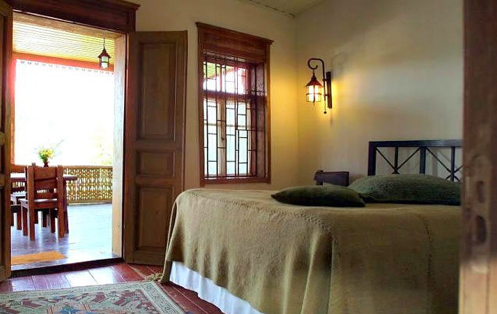 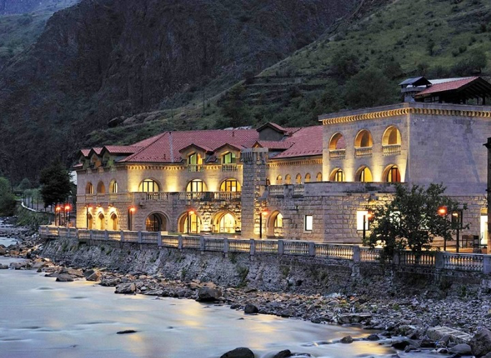 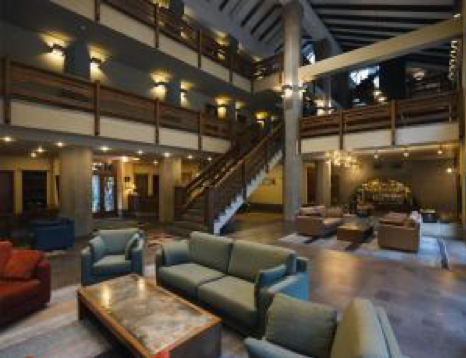