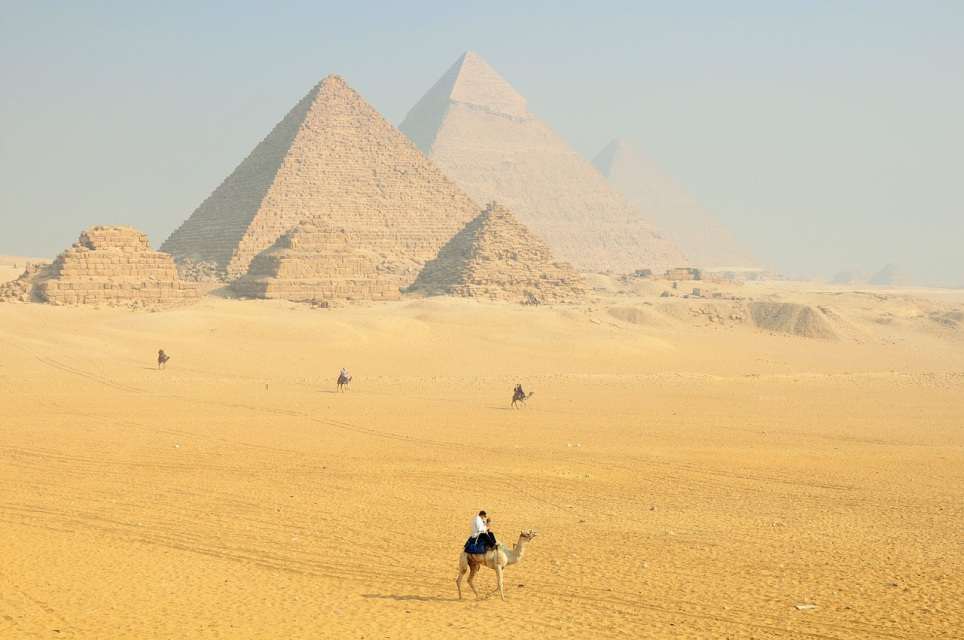 While this program provides the ‘must see’ sites of Egypt, its main focus is to expose other aspects of this fascinating country that does not get the horde of tourists as other places do.

You will visit an area where Christian monks live as hermits in caves they created, walk the shore shared by Mark Anthony and Cleopatra during their ill-fated liaison, and stay at an oasis visited by Alexander the Great as he visited the Oracle of Zeus. Stand where Moses received the Ten Commandments. This experience will be both enlightening and entertaining.
SKU:
Add to Cart

This evening you depart on an overnight flight to Cairo which, in 1614, William Lithgow described as ‘this little world, the great Cairo…the most admirable and the greatest city seen upon the earth…the microcosmos of the greater world…”

Upon arrival you will be met and escorted to your hotel. As you drive to the hotel you will start to be immersed in the culture of Cairo which has been the largest city in Africa for centuries. Enjoy the views of the Nile and the Pyramids in the distance as you have dinner at the hotel.
Dinner

After breakfast your private Egyptologist will introduce you to Cairo during the time of the Pharaohs and Salah Al-Din (Saladin) the defender against the crusades. Your first stop may be the Egyptian Museum. We say maybe because for several years the city has committed to opening a much larger Museum called the Grand Museum of Cairo which will be close to the Pyramids and offer the entire display of the treasures of Tutankhamun. It was promised in 2017, 2018, and 2019 but is still not open to the public. Who knows, possibly 2020? Today you will still be amazed as you view the Golden death mask of Tutankhamun. After lunch at a local restaurant, you will see the Islamic side of Cairo with a visit to the Mohammed Mosque and the Citadel of Salah Al-Din which provides a panoramic view of Cairo from the Moqattam Hills. This evening you enjoy dinner as you cruise the Nile and view the sights of Cairo after dark.
Breakfast, Lunch and Dinner

Day 4: A Visit to Ancient Thebes

Have an early breakfast before meeting your guide who will take you to the airport for the short flight to Luxor. Originally called Thebes, or the “one hundred gated city” as it was called by Homer because of its buildings and large gates, the Arabs, impressed by its beautiful palaces re-named it Luxor meaning ‘City of Palaces”.  Luxor is divided by the Nile and you will start your exploration on the west side where your Egyptologist will show you the Colossi of Memnon commemorating Amenhotep III. You will then visit the Valleys of the Kings and Queens where the tombs are carved into the rock face. After lunch you will tour the impressive temples of Luxor and Karnak before flying back to Cairo.
Breakfast and Lunch

Day 5:  Memphis, Saqqara and the Pyramids of Giza

Today your Egyptologist will take you through the highlights of Egypt’s old Kingdom which lasted from 2705 to 2155 BC or a little over 600 years. Start your visit in Memphis one of the oldest cities on earth. Nearby is the necropolis of Saqqara where royals were buried. Here you begin to see the creation of primitive pyramids. You have lunch and then move closer to the city and the area known as Giza. Here you will find the unique Sphinx alongside three pyramids with the largest being King Cheops’ which was finished around 2650 BC. In the evening you will return to Giza to enjoy dinner and a sound and light show.
Breakfast, Lunch and Dinner

Day 6: A Fascinating Ride to Alexandria

After breakfast, your guide will meet you and take you to the car where you also meet your driver. You will head north through the Nile Delta with your final destination being Alexandria on the coast of the Mediterranean. First you will stop at Wady el-Natron, the main base for the Coptic Christian Church in Egypt. Once a much larger community, it was decimated by plague centuries ago and never really recovered. There are still four monasteries in existence surrounded by fortified walls. Many Coptic monks live the lives of hermits actually digging their own caves in which to live. After stopping for lunch you arrive in Alexandria, Egypt’s second largest city.
Breakfast, Lunch and Dinner

Alexandria has an atmosphere that is more Mediterranean than Middle Eastern; its ambiance and cultural heritage distance it from the rest of the country. Founded by Alexander the Great in 331BC, Alexandria became the capital of Greco Roman Egypt, its status as a beacon of culture symbolized by its famous library and the setting for the stormy relationship between Cleopatra and Mark Anthony. Today you will visit Pompey’s pillar, the catacombs of al-Shgafa and the modern incarnation of the Library of Alexandria, once again a centre of culture. Your guide will lead you to an excellent restaurant near your hotel and located on the Corniche overlooking the Mediterranean.
Breakfast, Lunch and Dinner

Day 8: In the Footsteps of Alexander

Today you depart Alexandria for a destination rarely visited by tourists. In the ancient past, Alexander the Great came to visit the Oracle of Zeus Amon in 331 BC to get advice before taking over Egypt. Obviously the oracle said okay. For centuries thereafter it was a Berber community and in fact, the locals still speak a Berber language called Siwi. Your hotel is unique in that it is an eco-lodge with luxury touches. With no electricity you dine by torches and hurricane lamps but with Limoges China and white tablecloths.
Breakfast, Lunch and Dinner

You will spend the day exploring in and around Siwa which lies on the edge of the Great Sand Sea some 60 feet below sea level. The area is famous for its dates and olives supported by over 1,000 springs. The dates are gathered by zaggala (stick beaters) who, for some obscure reason, must remain celibate until the age of 40. In the morning you will take an exciting 4 X 4 trip into the Siwan desert before returning to the hotel to cool off in a spring-fed Roman Pool.
Breakfast, Lunch and Dinner

After breakfast travel from the ancient world to the modern in the space of a day. Your driver picks you up and drives to Cairo and the airport where you catch a plane for the short flight to Sharm El Sheikh, built on the shores of the Red Sea. Check into your hotel and enjoy a dip in the Red Sea.
Breakfast

Today you will step back in history by visiting one of Egypt’s most fascinating sites, St. Catherine’s monastery. Built in the 6th Century it was created as a fortress and guarded by knights and nestled deep in the Sinai mountain range. It comprises a number of churches and a magnificent library. It was built here because it was in this area that Moses saw the burning bush and from where he received the Ten Commandments. A spectacular climb to the top of Mount Sinai will allow you to retrace the steps of Moses.
Breakfast and Lunch

You will be transferred to the airport for the journey back to the USA arriving back in the afternoon. If you wish, we can extend your stay on the beach by a few days. Just ask.
​Breakfast 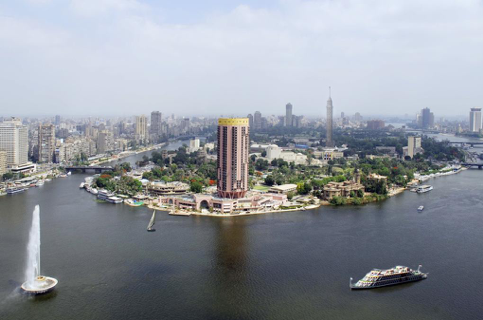 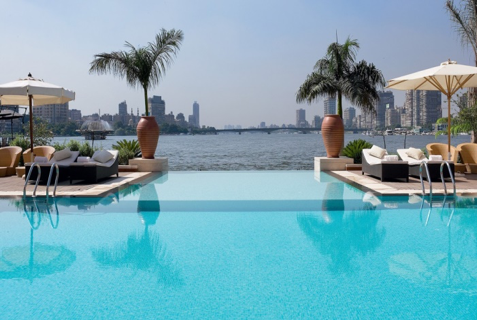 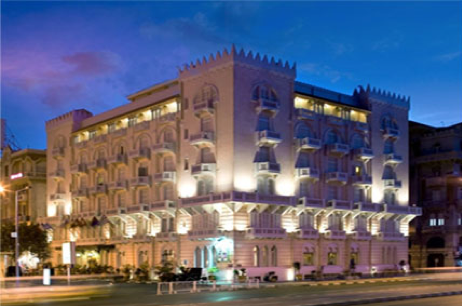 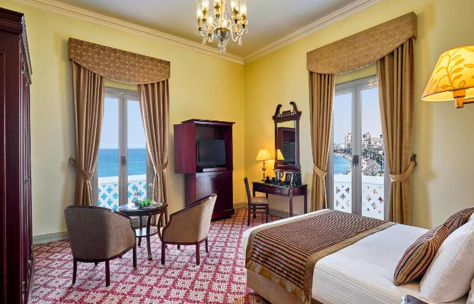 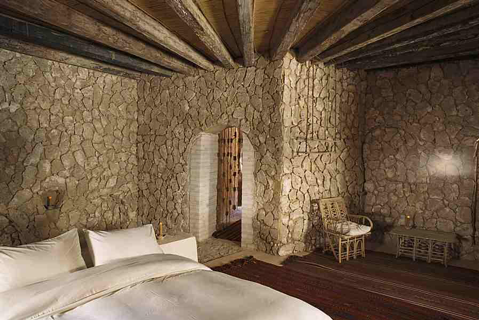 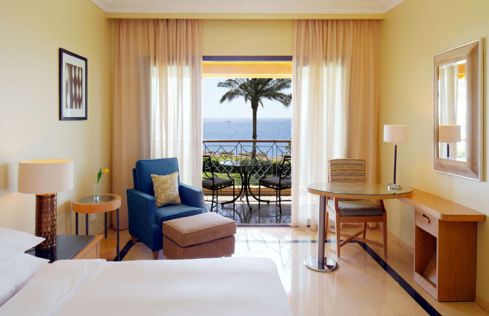 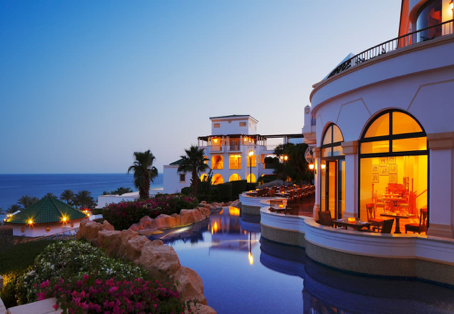