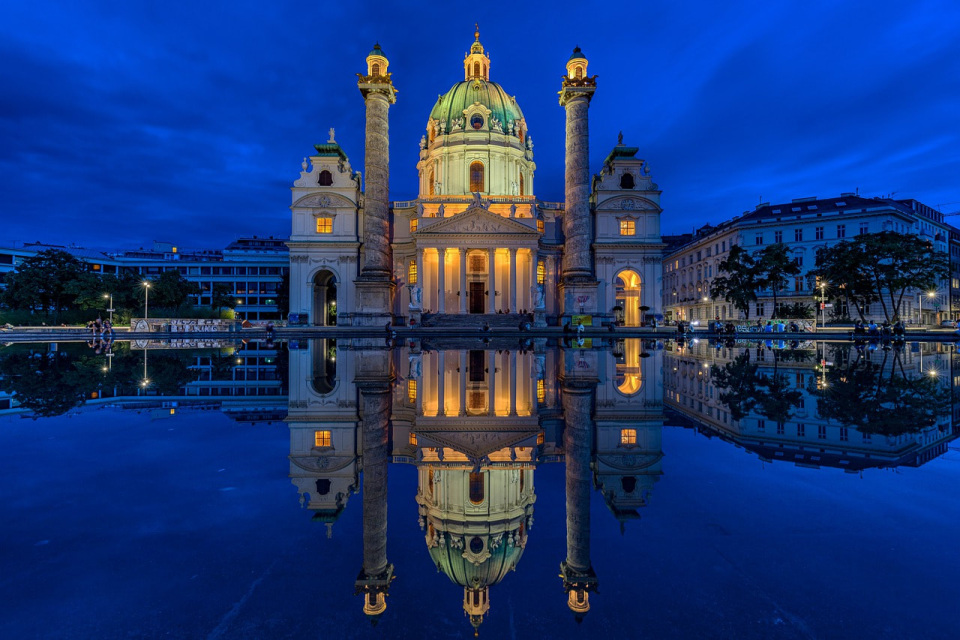 Highlights:
​
If you have a week and are searching for a destination with Romance, Sophistication and Sacher Torte - look no further than Austria, the home of Strauss, the waltz, the Boys’ Choir and the Lipizzaners.

Combine a stay in Vienna (oozing with sophistication) with some Alpine beauty in Mozart’s home of Salzburg and, okay, we can include locations from The Sound of Music too. Ideal for an anniversary trip or just the opposite, a girl’s getaway while the guys are off golfing.
SKU:
Add to Cart

Explore: The essence of austria

Head out to the airport for an overnight flight to Vienna, home of the Hapsburgs and co-capital of the Austro-Hungarian Empire.

Upon arrival in Vienna you are met by one of our guides who will give you an overview of this beautiful Imperial city as you make your way to your centrally located hotel. Once you have checked-in (and had your first jolt of Viennese coffee), take some time to walk around the neighborhood. Both the Hofburg Palace and the Vienna State Opera are five minute walks, as is the Albertina Museum with the largest gold print collection in the world. An early dinner at the hotel’s Brasserie (a popular spot in its own right) will get you set for the days ahead.
Dinner

Today take advantage of your hotel’s location to do a walking tour of some of the main sites in the city. You will visit the Hofburg Palace, the Residence of the President and also the Spanish Riding School, home of the Lipizzaners. You then tour the Museum of Fine Arts, the repository of the priceless Hapsburg Art Treasures. Later, proceed to the city’s cultural district called Museums Quartier, where you may have lunch. Your guide will then depart allowing you time to explore on your own.
Breakfast and Lunch

Day 4: Tales from the Vienna Woods

Today will be built around the Strauss Family, particularly Richard and Johann. You will start your day with a delightful visit to the Vienna Woods, locally called Wienerwald and the inspiration for Johann’s Tales from the Vienna Woods. This waltz put the area on the map, but another event at Mayerling (the Hapsburg hunting lodge) eclipsed it. Crown Prince Rupert, the only son of Emperor Franz Joseph, killed his married lover, Baroness Vetsera and then shot himself. Today the lodge has been redesigned into a chapel to honor Rudolph. Returning to the city you will have some free time and then travel on to the Schonbrunn Palace where you may take a tour, have dinner at the palace and then enjoy premier seats for a concert of music from both Strauss and Mozart.
Breakfast and Dinner

After breakfast, meet your guide for a scenic drive to the charming town of Salzburg. You will stop in Hallstatt which, is considered by many one of the most picturesque villages in Austria if nor Europe. The town became wealthy through its salt mines which are still in operation today. Situated on a picturesque lake, it is custom made for selfies and general images. After lunch you shall continue to Salzburg, the birthplace of Mozart and also the location for “The Sound of Music." Upon arrival in the city you are taken to your hotel which is the oldest family-run business in Austria, having been in operation as an Inn since 1334.
Breakfast, Lunch and Dinner

Stay at a charming and romantic hotel, located in the suburb of Elixhausen, about seven miles from the centre of town. In the morning you will be picked up and taken into town to visit the highlights including Salzburg Castle, Mozart’s birthplace and the medieval old town surrounding it. Return to the hotel where you can access some E-Bikes for a tour in the countryside. In the evening, return to town for a light supper and a Mozart performance at Mirabel Palace (which has a featured, non-singing role in “The Sound of Music”).
Breakfast, Lunch and Dinner

Day 7: The Sound of Music

Salzburg has never been the same since the release of the Sound of Music. Many people come to re-create the scenes by the lake or the Gazebo or the steps and fountain at Mirabel Palace (Do-re-mi sequence). It also helps however, that the town is beautiful whether the movie was filmed here or not. We show you the key locations plus other special places. Return to the hotel to relax at the spa before a farewell dinner.
Breakfast and Dinner

After a hearty country breakfast, a car will be waiting to take you to the airport for the return flight to the USA.
Breakfast 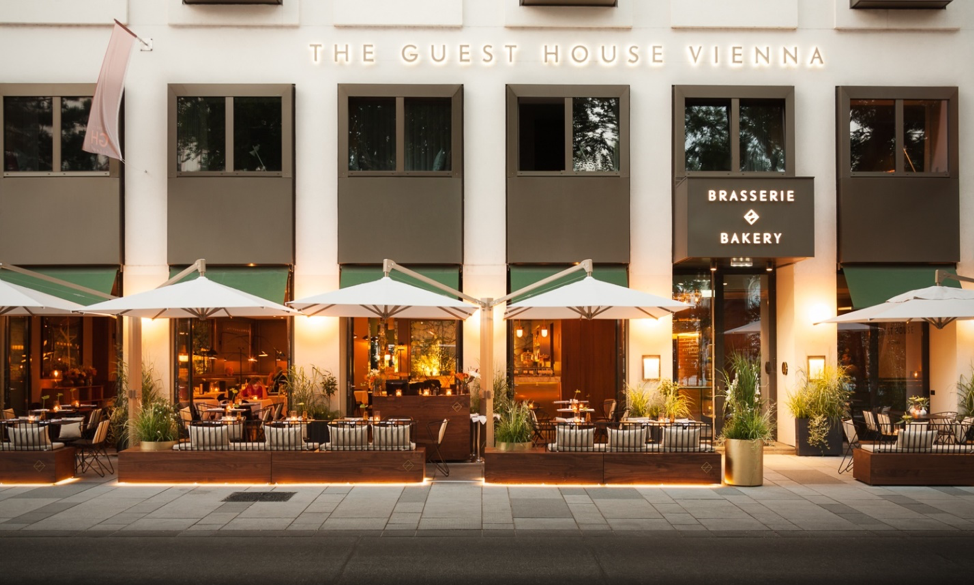 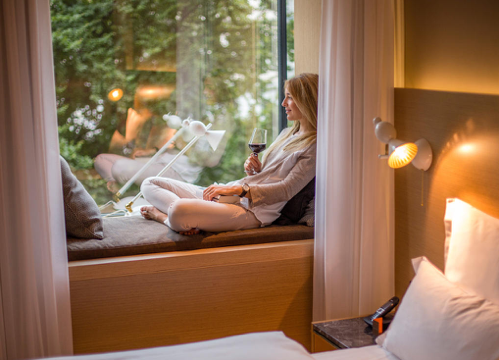 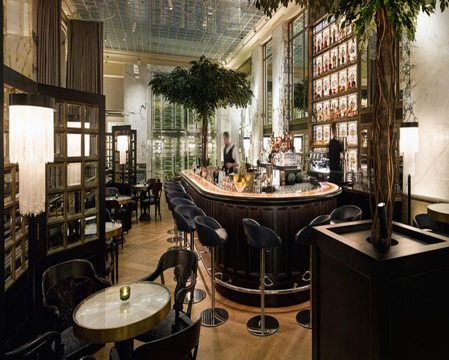 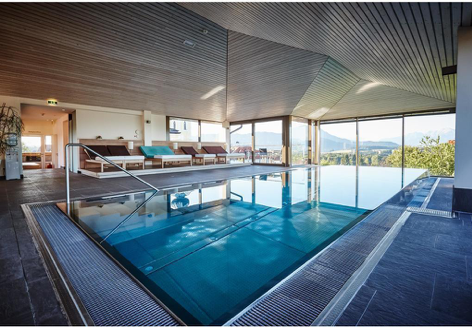 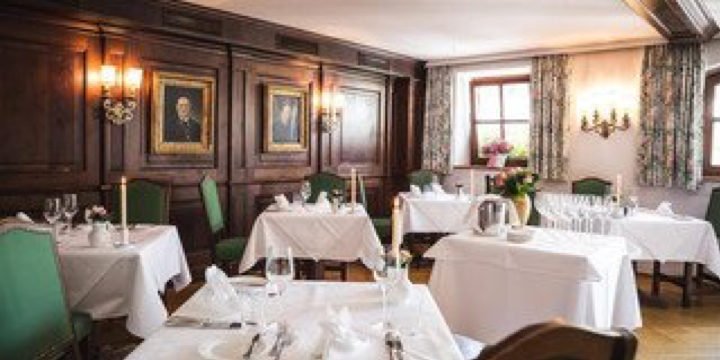 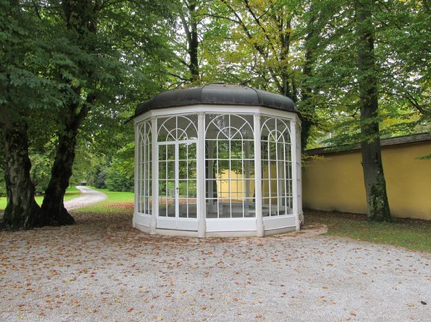 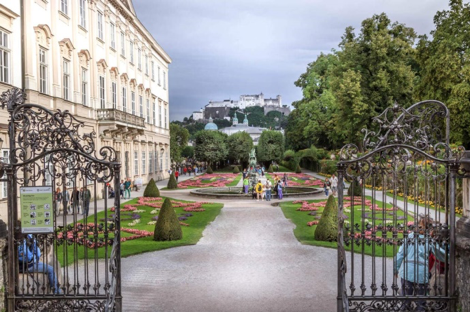