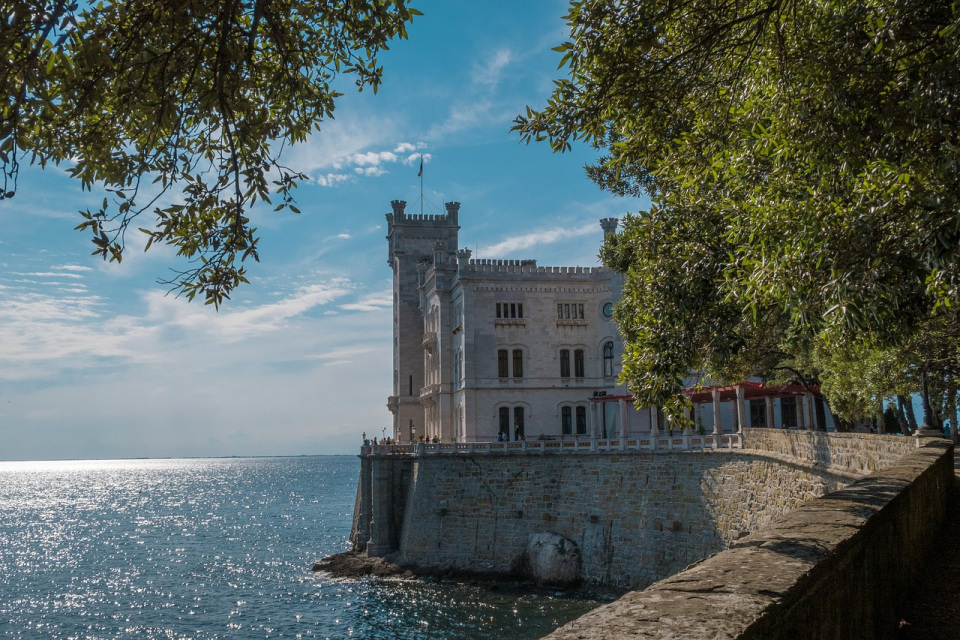 Let us take you to some of the undiscovered (at least by Americans) gems of Northern Italy. Start your discovery in Bolzano the capital of the Alto-Adige Region with its combination of German and Italian cultures.The colorful Medieval, Gothic and Belle Époque buildings have a north European feel yet the main commercial street, Via Portici is definitively Mediterranean.

From here you will explore the Renon High Plateau with its stunning Alpine views and the Alto Adige Wine Region. You then drive to FVG (Friuli-Venezia Giulia) which is tucked away in the Northwest corner of Italy. FVG borders Austria, Slovenia and the Adriatic Sea and sits less than 20 miles from Croatia. Enjoy this cultural blending of Slovenian-Croatian-Austrian–Italian especially the coastal city of Trieste known for intrigue and coffee bars. This is the perfect program for travelers who like to explore, and explore deeply.
SKU:
Add to Cart

Today is the day you head to the airport to begin your adventure among the hidden gems of Northern Italy.

Your connecting flight will bring you into Bolzano in mid-afternoon where you will be met and taken to your elegant hotel which opened in 1908 and continues to serve discerning guests in its park-like setting. After time to relax enjoy dinner at the hotel.
Dinner

After breakfast you meet your guide who will take you on visit along the Alto Adige Wine Road. While Alto Adige is one of Italy’s smallest wine growing areas. It is also one of its most diverse based on its location at the interface between the Alpine north and the Mediterranean. You will first visit Cantina Terlano one of the leading wine growers’ cooperatives in South Tyrol, attracting praise and recognition on the Italian and International wine markets. Next you’ll discover Alois Lageder winery which is synonymous with the highest standard of quality in viticulture and winemaking. Combining the fifth and sixth generation of family ownership, the winery deftly combines tradition and innovation. Visit the property and enjoy a multi-course lunch with Alois Lagender wines paired with each dish. After lunch, travel to Manincor winery, a 400 year old wine estate. Today the estate releases 16 different wines annually. Return to your hotel where the evening is left open for you to try one of the noted restaurants in Bolzano.
Breakfast and Lunch

The area of Renon/Ritten towering above Bolzano to the north offers an impressive array of landscapes, people, fauna and flora. This can best be experienced on foot leveraging the more than 217 miles of marked hiking routes make it possible to explore this astonishing landscape and enjoy panoramic views of the Dolomites. If you are not a hiker we can put together an itinerary combining driving, cable car and train options either with a guide or self-guided. As an example you may want to visit the Earth Pyramids of Renon which are essentially towers of clay created by glaciers during the last ice age and protected by a cap of solid rock. You can ride the Renon cable car up to the plateau. From there you have the option to hike or ride a one hundred year old train to the start of the Pyramid walk. Another option could be Rittner Horn the Balcony of the Dolomites, offering some of the most breathtaking panoramas in the Alps where, on a clear day you can see over forty 9,000 foot Alpine peaks at one time. There are several hiking options with varying degrees of difficulty to choose from with the use of cable cars to aid your ascent.
Breakfast

Day 5: Novacella Abbey and the Lagoon of Grado

In the morning you will leave your hotel and travel to Friuli. Along the way you will visit the Augustinian monastery of Novacella, a must for art and wine lovers. In addition to its beautiful church, valuable library collection, art gallery and fresco-lined cloister, the monastery’s winery is justly famous for its white wines. Founded more than 850 years ago, the monastery is still an active and vibrant community comprised of Augustinian friars. Enjoy a guided tour of the Abbey, Museum, Library and church. Have lunch at Cantina Mescita, part of the abbey, before enjoying a wine tasting. The mineral-rich soils, the elevation and the cool climate are all factors which explain the intense aromas, flavors and fruity, mouth-watering acidity in the wines produced from the typical Isarco Valley grape varieties. Be sure to try the Muller-Thurgau, Sylvaner, and Kerner wine varietals. You then continue on to your hotel which is located in Aquileia in the nature reserve of the Grado Lagoon. Aquileia is located in the Friulia-Venezia-Giulia region of Italy which, despite its name does not include Venice. You may want to try the spa before dinner.
Breakfast, Lunch and Dinner

After breakfast you meet your guide for a visit to the Ruins of Aquileia, one of the largest and wealthiest cities of the Early Roman Empire. Founded in 181 B.C., Aquileia saw the passing of Caesar’s legions in the first century BC, and Attila’s hordes five centuries later. It was also an important commercial center. The city reached its Zenith under the rule of Caesar Augustus and became the capital of X Regio “Venetia et Histria” which would have made it one of the most important cities of the Roman Empire. You’ll visit the ancient city including the forum, remains of the public baths and private houses with beautifully preserved mosaic floors, Roman roads, a Roman cemetery, and the ancient Basilica with its stunning Byzantine frescoes in the crypt. Return to the lagoon for a leisurely evening cruise before enjoying dinner overlooking the lagoon.
Breakfast and Dinner

Day 7: The Intriguing City of Trieste

Today you will travel to the port city of Trieste which is the capital of the Friuli-Venezia Giulia region. The city occupies a thin strip of land between the Adriatic coast and Slovenia’s border on the limestone-dominated Karst Plateau. Once part of the Austro-Hungarian Empire and an “International city” under US control right after WW II, Austro-Hungarian and Slovenian influences are all evident throughout the city, which encompasses a medieval old city and a neoclassical Austrian quarter replete with a variety of coffee houses that would not seem out of place in Vienna. You will also notice a mixture of religions, with Greek Orthodox, Serbian Orthodox, Judaism, Lutheran Evangelical and Swiss Evangelical all represented. Enjoy a walking tour starting at the Piazza Unita d’Italia, the main square which faces the sea not unlike Piazza San Marco in Venice. You will enjoy stunning views out over several historical buildings and the surrounding area. While you walk you will see sights such as Teatro Giuseppe Verdi, a small opera house named for the composer; one of Trieste’s main squares, the Piazza della Borsa; the Jewish Ghetto and the ancient Roman amphitheater.
Breakfast and Lunch

Day 8: The Wineries of Friuli

This morning your guide will be taking you to discover some of the wine gems of Friuli. You start with a visit to Cormons a small town in a hilly area called Collio. It is a beautiful Hapsburg-style town, surrounded by small and characteristic villages on the border with Slovenia. Here the mountains and the sea are close to each other and this microclimate combines perfectly with the “ponka”, the characteristic soil of the Collio area creating an ideal environment for grape growing. Nearby is Brazzano where you visit Livio Felluga, one of the most famous wineries of the region. The long family tradition extends over five generations, back to the days when the Fellugas were making Refosco and Malvasia in their native Isola d’Istria. Finish your day in Capriva for a visit to Villa Russiz winery. The link between land and wine at Villa Russiz began in 1868 when Conte Thedor se la Tour started the company with a cellar that dates back to 1869. Return to the lagoon for your final dinner in the area.
Breakfast and Dinner 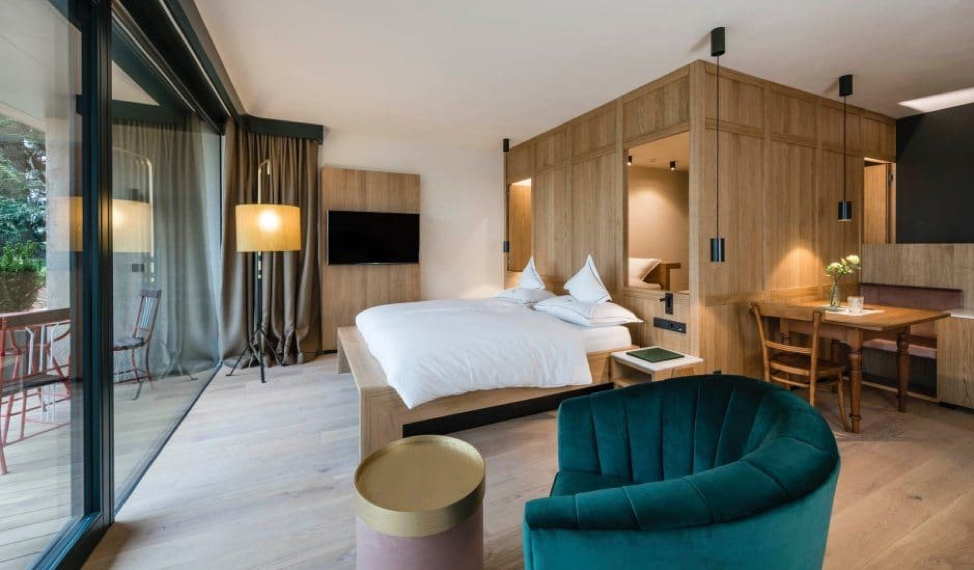 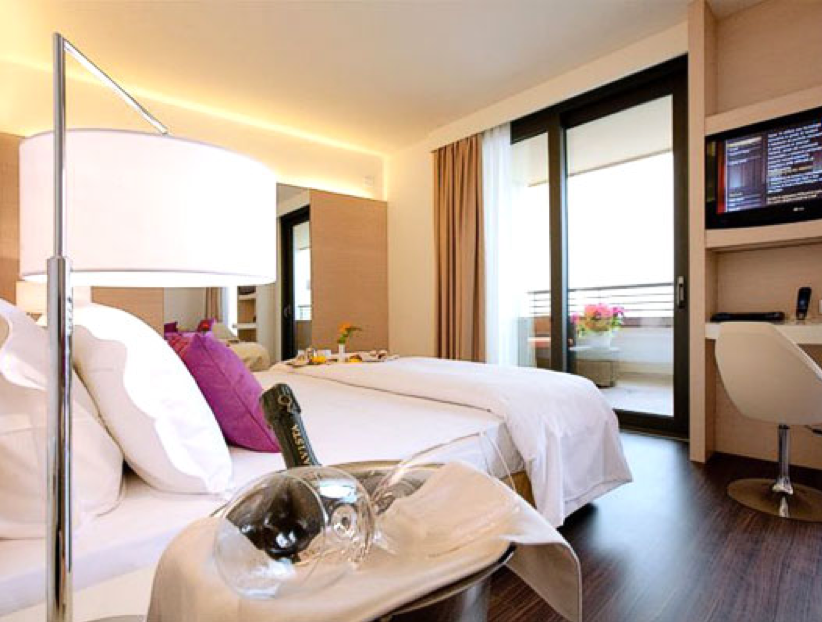 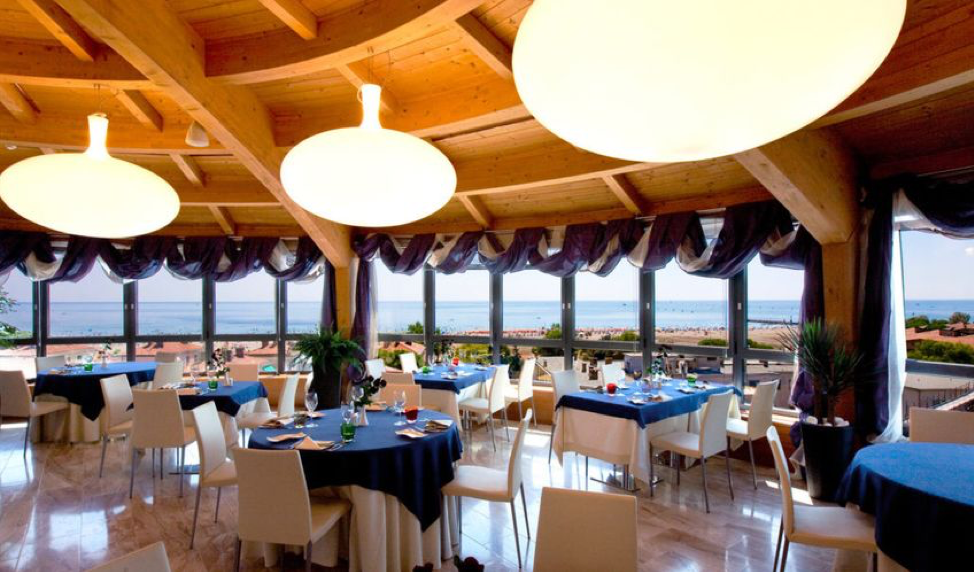