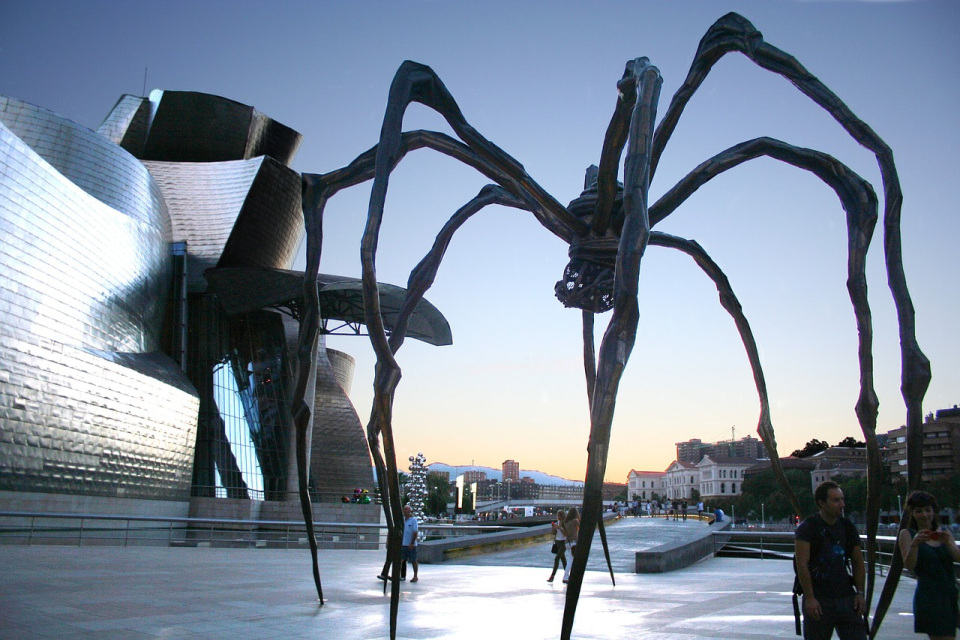 Art has always been a significant part of Spanish life from the classic masters like Goya to the surrealists like Dali. The art is not just on canvas, however, as we appreciate the stately architecture of Madrid in contrast to the avant-garde style in Barcelona, as exemplified by Antoni Gaudi; still viable in the architecture in Barcelona and the Guggenheim Museum in Bilbao by Gehry.

​Let us create a program just for you (and perhaps one or two close friends) where we cross Spain to highlight the great works to be found here.
SKU:
Add to Cart

You board your aircraft for the flight to Madrid, the stately capital of the Country.

You land at Madrid’s Barajas Airport and once you have completed arrival formalities you meet your driver in the arrivals hall for a transfer to your hotel situated within walking distance of the two major art galleries in the city. On the way to the hotel you get an orientation tour of some of the city highlights. If you feel like walking or jogging, El Retiro Park is nearby.

Day 3: The Classical Art of the Prado

After a good night’s sleep and breakfast you will be ready to meet your guide for a tour of the Royal Palace and the Prado Museum. The palace is the largest in Europe and was built by Philip V in the 18th Century. The building itself is an architectural treasure but inside is a rare and divers collection of ceramics, tapestry and clocks. After the Palace visit you head to the Prado, one of the most important art galleries in the world. Here you will find the Spanish masters including Goya, Velasquez, El Greco and Ribera. In addition there are works by Raphael, Rubens and Titian among others. Your guide will leave you after the tour but you are free to stay in the museum to explore on your own or your guide can suggest good places for shopping (we will provide a list of recommended restaurants in each of the cities to be visited when a dinner is not included).
Breakfast

From the 16th Century until the mid-1960s, the building now housing the Reina Sofia Museum was a major hospital serving Madrid. When the hospital was closed the building was slated for demolition but the designation  of landmark status saved it and a dramatic re-design  including three, large, steel and glass elevator silos on the outside of the building allowed the hospital to re-open as an art museum in 1990. It was named for Queen Sofia. The museum is dedicated to modern art from the late 19th Century to the present. Obviously, focus is given to Spanish artists such as Picasso, Juan Gris, Miro, Dali and Julio Gonzalez but others including Alexander Calder and WW II photographer Robert Capa are represented. The highlight of the permanent collection is Picasso’s massive masterpiece Guernica. You are free to spend as much time as you like at the museum. In the evening we take you for good food and authentic Flamenco.
Breakfast and Dinner

In the morning you will be transferred to the station where 1st class seats on the AVE high speed train to Barcelona will be reserved. Enjoy an aperitif and light snack as you make your way to Barcelona. Upon arrival you will be met and transferred to your hotel located on one of Barcelona’s most noted streets. In the evening, join a convivial host who will take you on a tapas crawl through some of the trendiest areas of Barcelona today.
Breakfast and Dinner

Day 6: A Day with Picasso and Miro

Your first stop today will be the Gothic quarter, part of which dates back to roman times. While interesting in its own right, the main purpose of the visit will be to visit the Picasso Museum which features many of the works created while he lived in the Gothic Quarter. You then cross to La Boqueria Market where you can have some lunch. Your guide will then take you to Montjuic. You will take a funicular to the Fundacio Joan Miro which was designed by Miro himself as a place to store many of his works and also to feature exhibitions of other artists.
Breakfast

Today your guide will meet you and by car and on foot show you the many buildings that bear the mark of Antoni Gaudi. He designed private homes, office buildings, amusement parks and department stores; most of which are still in use today. There are, in fact, two properties on the street where your hotel is located. Your main emphasis will be on La Sagrada Familia his unfinished masterpiece. Started at the end of the 19th Century, work still continues on aspects of the cathedral and there are still cranes surrounding the cathedral towers.
Breakfast

You will leave the city and head out to the coast. Your focus today will be Salvador Dali, his life and his work. Your first stop will be the town of Figueres   where Dali was born in 1904. You will see the house where he was born and then you will visit the Dali-Theatre-Museum which he deigned. Inside you will view many of his works. After your visit you drive to the Cadaques a picturesque Costa Brava village that was featured in many of Dali’s early works. You have time for have lunch and then you travel to Port Lligat a coastal village where Dali built a private retreat, now converted into a museum. After visiting the museum you enjoy a panoramic drive around the spectacular Cap de Creus before returning to Barcelona.
Breakfast

Day 9:  From Coast to Coast

After breakfast you will be transferred to the station to board a special train that will take you across the top of Spain from the Mediterranean to the Bay of Biscay. Your journey will take about five hours but you will be comfortable in your Club Class with wine and snacks. When you arrive in San Sebastian you will be met and taken to your hotel. There are a number of restaurants close to the hotel including the world famous Arzak.
Breakfast

Day 10: Bilbao and the Guggenheim

Today you will be picked up by your guide who will drive you to the city of Bilbao which is the location of the Frank Gehry-designed Guggenheim Museum. A work of art in itself, it also houses a large selection of contemporary art. After a guided tour your guide will take to a Pintxos restaurant which is the Basque equivalent of Tapas. After lunch you return to San Sebastian.
Breakfast and Lunch

You have the day free to explore on your own. The renowned beach of San Sebastian is a few minutes’ walk or you can use the hotel’s bicycles to get to the beach and ride along the promenade. In the evening you will be taken to a Sidreria which is a brewery where they make hard cider from apples. Basques drink it as much as wine. The Sidra is stored in large casks and in one of the storage areas a barbecue of thick steaks will be cooked to perfection and washed down with the cider, Instead of a waiter bringing you a refill, you just go to the cask and pour your own. Be careful though, this is not your mother’s Apple juice.
Breakfast and Dinner

Day 12: Return to USA
​
Your driver will be waiting to take you to the airport for your connecting flight back to the USA where you arrive back the same afternoon.
Breakfast 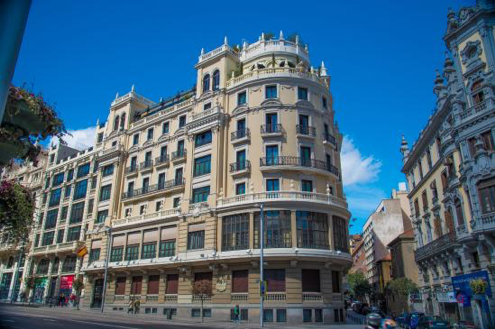 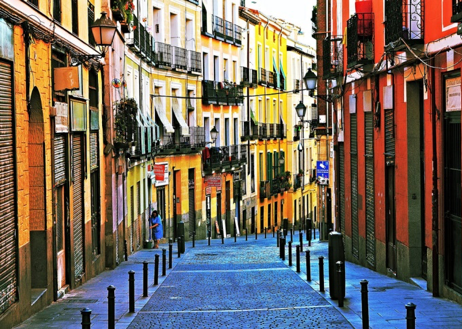 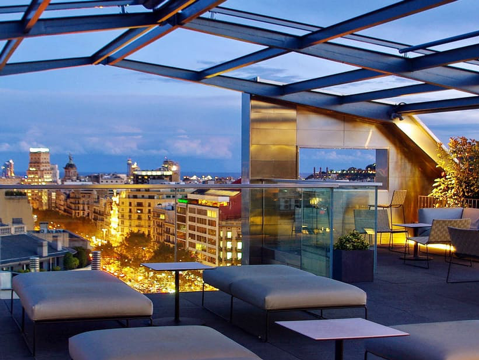 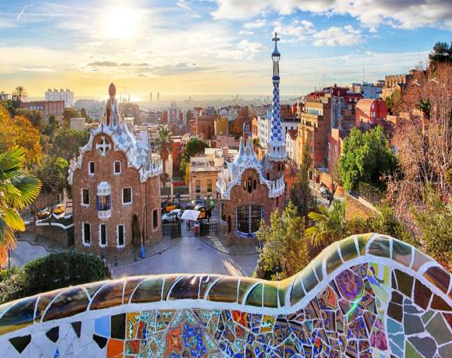 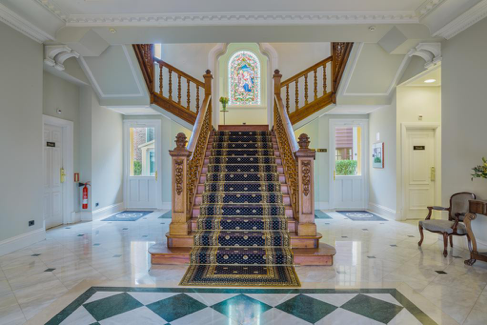 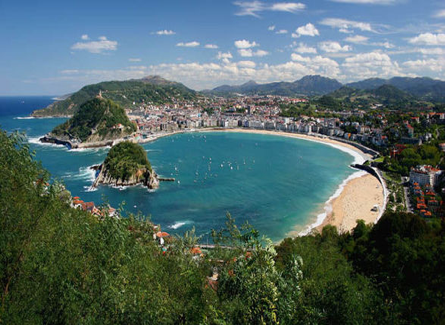