While you can easily fly from Madrid to Lisbon, the suggested program provides the opportunity to take a scenic route visiting Madrid, Malaga, Seville, the Algarve, the Alentejo and Lisbon.

​It can easily be handled as a self-drive combining drives between destinations but guided tours in each destination. For four to six people, a driver/guide definitely makes more sense. We can discuss the merits of each once you have decided on the itinerary.
SKU:
Add to Cart

You board your aircraft for the flight to Madrid, the stately capital of the Country.

You land at Madrid’s Barajas Airport and once you have completed arrival formalities you meet your driver in the arrivals hall for a transfer to your centrally-located hotel. On the way to the hotel you get an orientation tour of some of the city highlights.

Day 3: The Royal Palace and the Prado

After a good night’s sleep and breakfast you will be ready to meet your guide for a tour of the Royal Palace and the Prado Museum. The palace is the largest in Europe and was built by Philip V in the 18th Century. The building itself is an architectural treasure but inside is a rare and divers collection of ceramics, tapestry and clocks. After the Palace visit you head to the Prado, one of the most important art galleries in the world. Here you will find the Spanish masters including Goya, Velasquez, El Greco and Ribera. In addition there are works by Raphael, Rubens and Titian among others. Your guide will leave you after the tour but you are free to stay in the museum to explore on your own or your guide can suggest good places for shopping (we will provide a list of recommended restaurants in each city that you are scheduled to visit).
Breakfast

In the morning you are transferred to the airport for a flight to Malaga which is located on a stretch of the Mediterranean known as the Costa del Sol or “ coast of the Sun” renowned for its mild climate and sophisticated lifestyle. Upon arrival you are met and transferred to your hotel located on the beach. Dinner is at the hotel this evening.
Breakfast and Dinner

We have left this day open for you to relax, explore or a bit of both. You might want to visit the Picasso Museum since Malga was his birthplace. The museum has about 300 of his paintings mostly donated by relatives. The pool and beach facilities at your hotel are also superb so you might want to combine some time at the beach with a visit to the museum? In the evening you may want to visit Puerto Banus for dinner.
Breakfast

Day 6:  Ronda and the White Villages

Today you head inland to the Moorish City of Seville. To reach your destination you will travel through some of Spain’s most charming scenery exemplified by the quaint ”White Villages” found throughout the hills. You will stop in Grazalema, one of the white villages noted for being a source of premium olive oil.  You next head to Ronda. Before entering the city you will visit some recently established wineries, all of which are around 2,300 feet above sea level, a necessary requisite for making high quality wines this far south.  You then arrive in Ronda which is about 80 miles southeast of Seville. The town is famous throughout Spain for the gaping river gorge with a sheer drop 0f 360 feet which separates the medieval from the 18th Century parts of town. The two are connected by the “new” bridge built in the 19th Century.  You tour the town including the bullring and have lunch before finishing your journey in Seville and checking in to your hotel.
Breakfast and Lunch

Day 7: The Best of Seville

After breakfast you will be picked up at the hotel for a tour of the main highlights of the city. You will drive through Plaza de Espana with its government buildings and see the Palaces of San Telmo and Torre Del Oro two legendary landmarks which your guide will put in context. Then you enter the Santa Cruz quarter to admire the colorful houses with window boxes. You will also see the Royal Alcazar Palace and the spires of Seville Cathedral. You stop for lunch and then get a tour of Bullring of the Maestranza scene of some momentous bullfights. In a change of pace you visit the bohemian neighborhood of Triana before boarding a boat for a scenic cruise on the Guadalquivir River before returning to your hotel.
Breakfast

Day 8: Crossing the Border to the Algarve

Today you will drive into Portugal to the coastal area known as the Algarve. The trip is about two and a half hours getting you to your resort around check in time and also lunch time. Change into your bathing suite for either the pool or the beach. You might also want to take advantage of the spa treatments. You have a choice of ten restaurants from a Biergarten to a two Michelin starred restaurant.
Breakfast

Day 9: A Day on the Algarve

A full day to relax and do as much or as little as you want and knowing that you will run out of time before you run out of restaurant choices.
Breakfast

The Alentejo region stretches from the Algarve north to the Tagus River in Lisbon. It is a beautiful land with its terracotta earth covered in wheat fields and bordered by rows of olive trees. Here and there, white-washed villages and hill towns appear crowned by Castles which could have originally been Roman forts when this area was a breadbasket for the Roman Empire. You arrive in the University City of Evora. You will tour the quaint streets and admire the Roman Temple dedicated to Diana. You will stay overnight at a former convent in the rooms once occupied by Nuns (updated obviously). Rather than sacrifice as the nuns did, you can indulge without guilt in the food served at the restaurant and you don’t have to maintain silence.
Breakfast and Dinner

Day 11: The Vineyards of the Alentejo

Today you will visit a vineyard, one of many in these bountiful lands. You will walk the rows of grapes ripening in the sun and then taste past vintages before and during lunch before continuing on to Lisbon and your hotel. The views from the roof top bar are superb so make sure to include a nightcap in your plans.
Breakfast and Lunch

This morning you will be picked up for a tour of the city highlights including the Royal Coach Museum, Jeronimos Monastery and the Belem Tower which commemorates the port where the Portuguese Caravelles departed to explore and discover many parts of the New World. In the afternoon take some time to explore some of the old parts of the city like Alfama and Chiado. Try riding on one of the famous trams designed to conquer many of the hills for which Lisbon is known.
Breakfast

After breakfast you will be picked up for a trip along the Estoril Coast. You will pass by the town of Estoril and its Casino and arrive at the town of Sintra. High atop a hill stands the fairytale National Palace with its huge painted rooms, individually named and a large pair of conical chimneys. You then head to the town of Cascais which was once just a fishing village but has now become a beacon for foodies for its many restaurants. There are still some fishing boats but the emphasis is on food. You return to Lisbon and in the evening you enjoy a farewell dinner along with authentic Fado, the soulful songs of Portugal, a Portuguese version of the blues.
Breakfast and Dinner

In the morning you will be transferred to the airport for the return flight to the USA arriving back the same afternoon.
​Breakfast 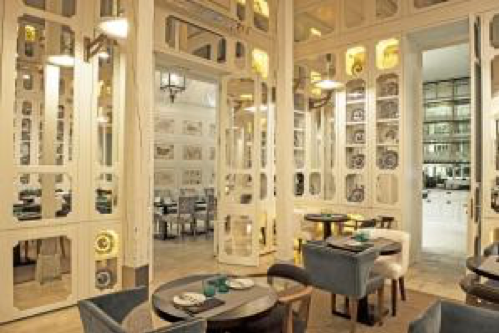 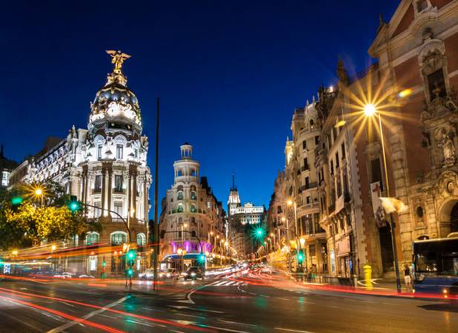 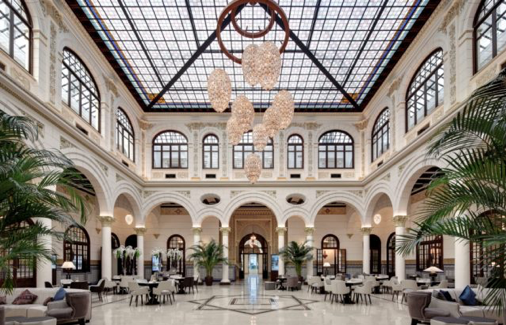 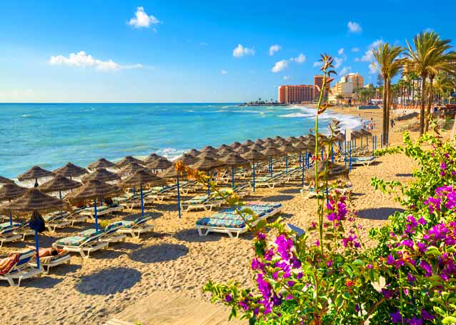 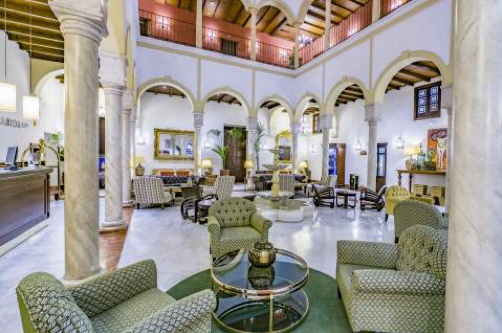 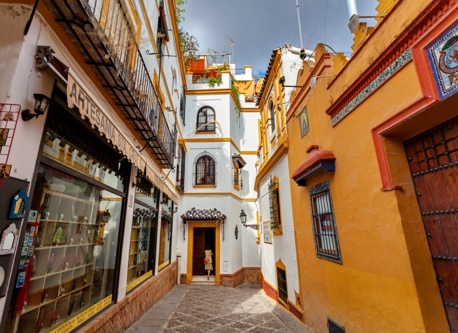 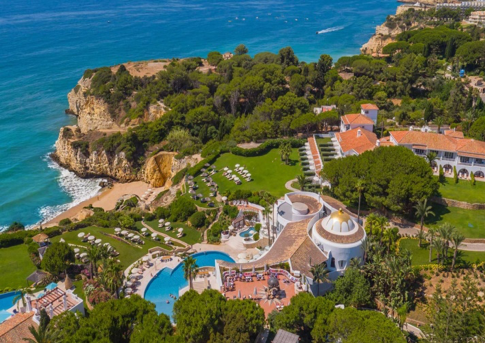 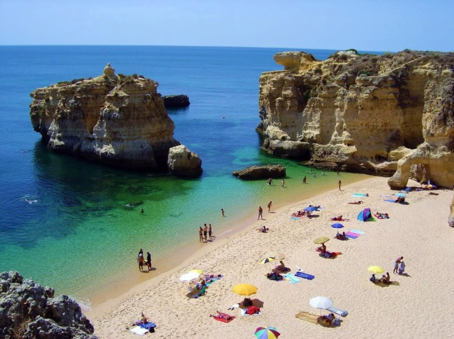 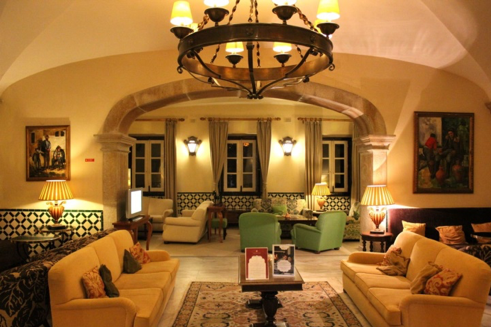 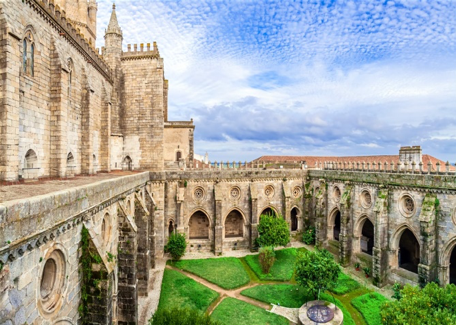 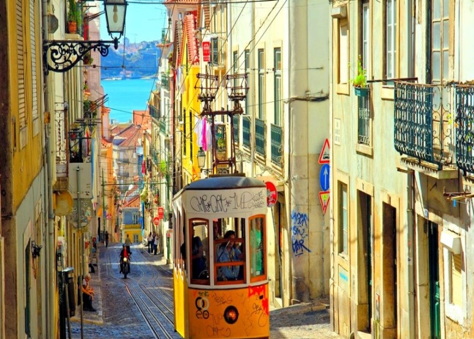