The Boulevards of Paris, the Coast of Normandy 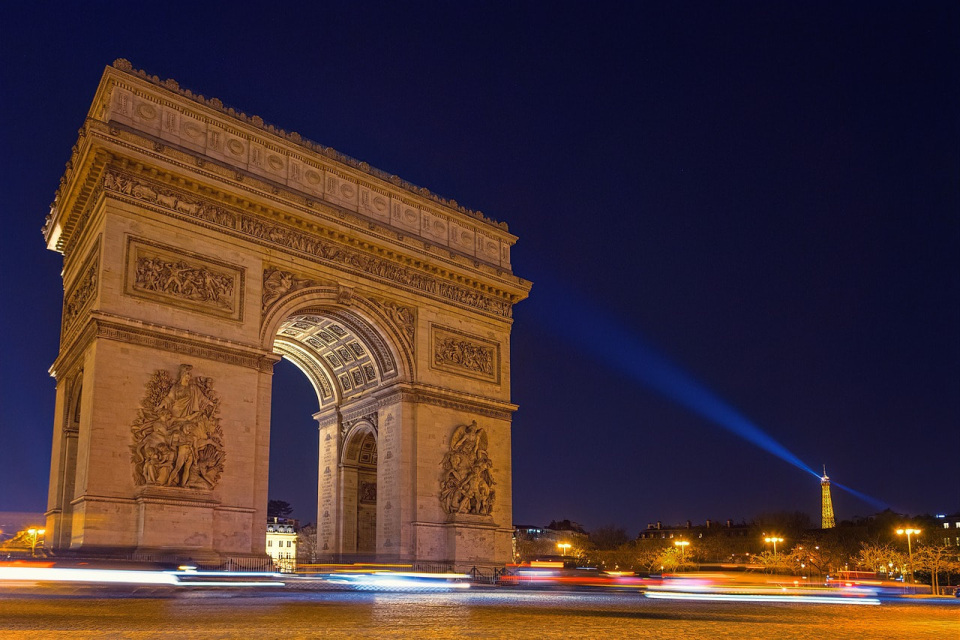 This city and countryside combination offers the dynamic boulevards of Paris combined with the famous and lesser known aspects of the Normandy Coast. Stroll the Champs Elysees and walk in the footsteps’ of Ernest Hemingway and Julia Childs on Boulevard Montparnasse.

​From the bustle of Belle Époque Montparnasse, it is only a scenic drive to the picturesque port of Honfleur where the Seine meets the sea. Complete the experience with a privately guided visit to the major locations of allied activity on June 6th and 7th, 1944.
SKU:
Add to Cart

This evening you leave the USA to begin your tailor-made vacation in Paris and Normandy.

After landing in Paris you will be met by one our drivers who will bring you into Paris and your chic Parisian hotel close to the Arc de Triomphe and the Champs Elysees. The rest of the day is at leisure.

After breakfast you will meet your guide who will take you on a private walking tour on Paris’ most famous boulevard, Le Champs Elysees. Given you hotel’s proximity you will start at the Arc de Triomphe which is also the location of the Tomb of the Unknown Soldier. Although missed by many tourists it is possible to ascend to the top of the Arch and your guide will use the view to allow an explanation of where the various roads lead. You will then walk down the Champs Elysees passing chic shops, elegant car showrooms and noted restaurants. You may stop at Laduree for one of their famous Macarons (they invented them). You will also pass the Lido, the renowned nightclub. You will end up at Place De La Concorde which at one time was the location of le Guillotine but has been upgraded to a beautiful tourist attraction. In the evening you may want to dine near the hotel at L’Atelier de Joel Robuchon enjoying “small plates” created by one of France’s most famous chefs.
Breakfast

Day 4: The Heart of the Belle Époque

No Street epitomizes Paris more than Boulevard Montparnasse. You can spend the day visiting the nearby sights including the Catacombs and the Cimetiere du Montparnasse where the tombs of Baudelaire, Guy de Maupassant, Jean-Paul Sartre and Simone de Beauvoir can be found.  Your guide will show you these and other unique sights in Montparnasse including the restaurants dating back to Paris in its heyday. This would include La Coupole, Le Montparnasse 1900, Le Dome and La Rotonde. Le Dome was a favorite of Julia Child but our favorite is La Rotonde which is across the Boulevard. It is the Quintessential Parisian Brasserie with a great terrace for people watching. Past habitués have included F. Scott Fitzgerald (and Zelda), Maurice Chevalier, George Gershwin and, surprisingly, Jim Morrison. Make sure to dine in at least one of them.
Breakfast

In the morning you will be transferred to the station where you have 1st Class seats reserved to the town of Caen in the heart of Normandy. When you arrive you will meet your driver/guide who will be your host while in Normandy. He will first take you to Honfleur where you have the chance to have lunch followed by a walking tour of this scenic and historic port. It was from here that Samuel de Champlain set off across the Atlantic to found the colony of Quebec. In the evening you will dine at the hotel’s noted restaurant with views of the sea.
Breakfast and Dinner

After breakfast you meet your guide and follow the Seine inland as it makes its way to Paris. A few miles inland you come to the medieval town of Rouen which was the capital of Normandy when the Vikings morphed into Normans. It still retains its charm and its association with William the Conqueror, Richard the Lion Heart and Joan of Arc. After a tour of the city you head back to the coast and the chic resort of Deauville famous for its Casino, Horse Racing and annual Film Festival. Take time to walk along its boardwalk before returning to Honfleur.
Breakfast and Dinner

Today will be devoted to the key areas of the D Day invasion. You will start with a visit to the landing beaches with an emphasis on Omaha Beach which saw the most casualties and was the major landing beach for US Forces. You will also visit Pointe du Hoc where US Army Rangers ascended the cliffs to take out the gun emplacements threatening the landing beaches. You will also travel inland to the town of St. Mere Eglise which was the location of a major battle between US and British airborne troops and the German army. You will overnight in the town of Bayeux.
Breakfast

This morning your guide will take you along the coast to the Brittany-Normandy border and an island situated in the bay. At low tide the island can be reached over the sand but at high tide it used to be inaccessible but can now be reached by a causeway. The Island is called Mont. St. Michel and includes a monastery which sits at the summit and a quaint village that makes up the surrounding foothills. You will tour the monastery and have lunch in town before returning to Bayeux.
Breakfast and Lunch

Before returning to Paris you will visit the American Military Cemetery located near the village of Colleville-sur-mer. While located in France, this is American soil deeded in perpetuity to the United States by France in gratitude for the sacrifice of the 26,000 US personnel that perished at D Day or the days following. After a poignant visit you return to Paris for your last evening prior to your return to the USA.
Breakfast

In the morning your driver will be waiting to take you to the airport for your return flight to the USA where you arrive back the same afternoon.
​Breakfast 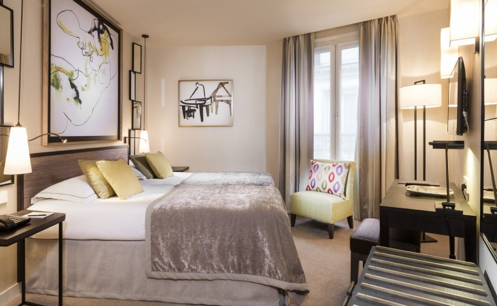 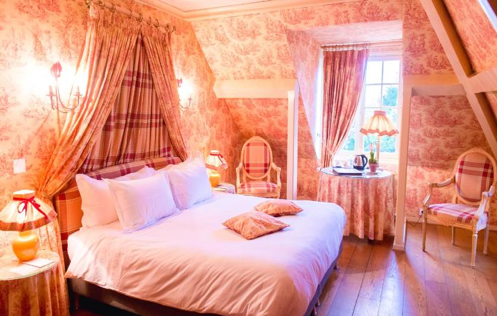 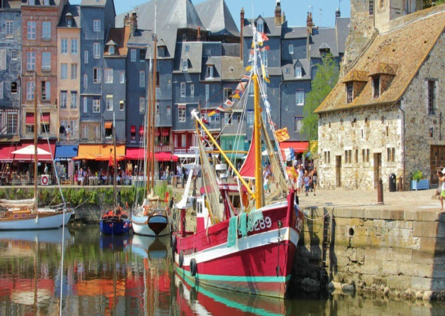 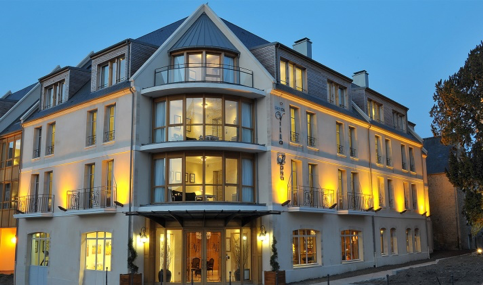