Art in Italy: From Giotto to Guggenheim 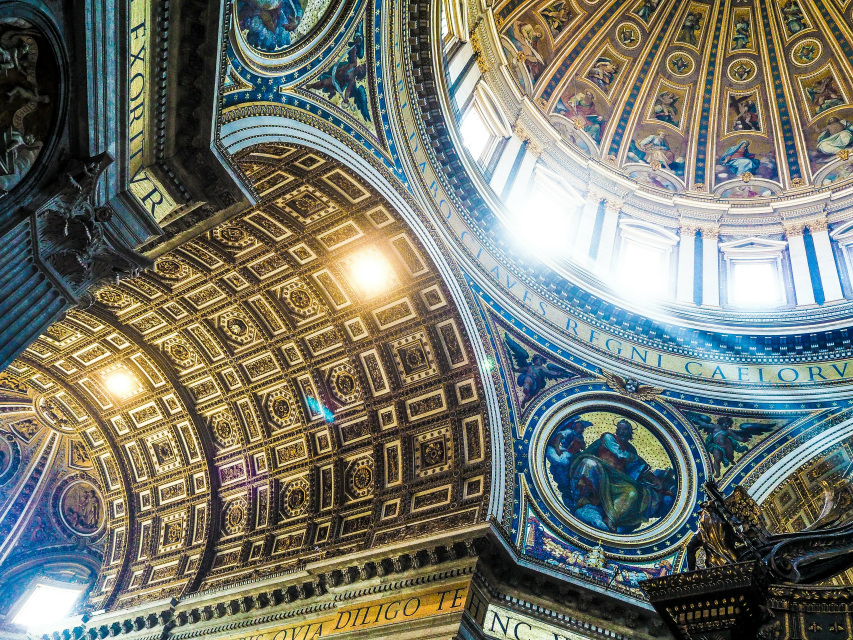 Italy is justifiably famous for its art, particularly the explosion of creativity unleashed by the Renaissance. On this suggested program in Italy you will be exposed to this art whether displayed in a museum or as part of the architecture within the city.

DaVinci, Michelangelo, Bernini, Caravaggio, Titian and many others will be part of your exploration and your knowledgeable guides will bring every piece into context. It does not hurt that this art is on display in three of the most beautiful cities in the world
SKU:
Add to Cart

Tonight you board your aircraft for the overnight journey to the Eternal City of Rome where your Italian art adventure begins.

Upon landing in Rome, one of our drivers will meet you and take you on an orientation drive to see the key sights of the city. You will then be delivered to your hotel where the rest of the day is left open.

Day 3: Art Treasures of the Vatican

By special arrangement you will get access to the Sistine Chapel before it opens to the general public. After your guide has described the creation of this masterpiece you move to the Painting Gallery and the Raffaello Rooms where you see his masterpiece “The School of Athens”. You then move into the Basilica of St. Peter’s to view Bernini’s Baldacchino and Michelangelo’s Pieta. You have some time to explore St. Peter’s before returning to the hotel where the rest of the day is left open.
Breakfast

After breakfast your guide will be at the ready to take you to the Borghese gallery, a collection begun by the Borghese family in 1600 and one of the largest in the world. Some of the highlight paintings and sculptures include “Amero Sacro e Amor Profano” By Titian, “La Pieta” by Rubens, “Davide con la testa do Golia” by Caravaggio and “Apollo e Dafne” by Bernini. Since capacity is limited you are limited to a two hour visit (which we will reserve) you will then spend some time exploring the Borghese Gardens, one of the largest parks in Rome before returning to your hotel.
Breakfast

As indicated previously, not all art is displayed in galleries; much of it is part of the fabric of the city. This is especially true in the city’s squares and fountains. Your guide will start you in Pizza Navona which still has the shape of the stadium it was in the 1st century but instead of tourists and Fiats imagine chariots. Here you will see Fontana dei Fumi one of Bernini’s best works plus some other works to which he contributed. Your next visit will be to Pizza Barberini where you see Fontana del Tritone and Piazza di Spagna with its Fontana della Barcaccaria. Finish up your tour at the Trevi fountain which took over thirty years to complete. You will return to the hotel to collect your luggage and will then be taken to Rome Termini where 1st Class seats are reserved to take you to Florence. Upon arrival in Florence you will be met and transferred to your hotel.
Breakfast

Day 6: The Uffizi, Ponte Vecchio and the Palatine Gallery

Your day starts with a private tour of the Uffizi. Designed by Vasari as an administrative office (Uffizi) for the Medici’s it was in 1591, turned into an art gallery. It is a treasure trove of Renaissance Art from early to the later periods including notable works by DaVinci, Giotto, Michelangelo, Botticelli and Raffaello. After an in depth exploration you will have lunch and then walk across the Ponte Vecchio with your guide to reach the Pitti Palace which is the home of the Palatine Gallery with an outstanding collection of 16th, 17th and 18th Century masterpieces. After a tour, your guide will leave you to stroll through the Bobole Gardens a perfect example of the Italian Terraced Garden.
Breakfast and Lunch

Like Rome, Florence’s buildings are by themselves works of art. You will visit the Duomo which was started in 1296 but it was not until 1436 that Brunelleschi completed the famous Dome which was painted inside with frescoes by Vasari and Zuccari. The famous bell tower by Giotto stands nearby. At the Basilica de Santa Croce, the frescoes are by Giotto, the crucifix by Cimabue and the chapel by Brunelleschi. The chapel is also the final resting place of Michelangelo, Galileo and Machiavelli. You will also visit Santa Maria Novella with Frescoes by Masaccio and two different crucifixes, one by Giotto and the other by Brunelleschi. You then stop for lunch. After lunch you enter the Accademia famous for its collection of sculptures by Michelangelo. In addition to the world-renowned “David” you will also see the “four slaves” created for Pope Julius II and the ‘Peta di Palestrina”.
Breakfast and Lunch

Day 8: Journey to Venice and the Correr Museum

This morning you will be transferred to the station where you board a train for Santa Lucia Station in Venice. Upon arrival you are met and escorted to a water taxi which will take you and your luggage to your hotel. After a chance to settle in and have some lunch your guide will meet you and take you on a walking tour of classical Venice where you will see the Campanile, the Doge’s Palace, the Bridge of Sighs and St. Mark’s Square. The Napoleonic wing on St. Mark’s Square houses the Correr Museum which has a large collection of sculptures including those by Canova.
Breakfast

You will be met by your guide and taken to the Vaporetto stop which is the Venetian equivalent of a city bus but on water. It is an excellent way to travel along the Grand Canal. Your first stop will be Ca’Rezzonica, a beautiful baroque palace where you can view 18th century paintings, frescoes, furniture and furnishings to see how a noble family lived at the time. Your next stop will be Frari Church with works by Bellini and Titian. An annex called Scuola Grande di San Rocco is known to Venetians as “Tintoretto’s Sistine Chapel”. You then visit Galleria dell ’Accademia which was run by Tiepolo. It houses Venetian art from the 14th to 18th Century. In the afternoon you have tickets to visit the Peggy Guggenheim Museum which was the home of the American Heiress until her death. She was friendly with many artists at the end of the 19th and the early years of the 20th Century and her personal collection includes works by Miro, Magritte, Dali, Picasso and others.
Breakfast

Day 10: Return to USA
​
A water taxi will pick you up and take you to Venice airport for the journey back to the USA where you arrive back the same afternoon.
​Breakfast 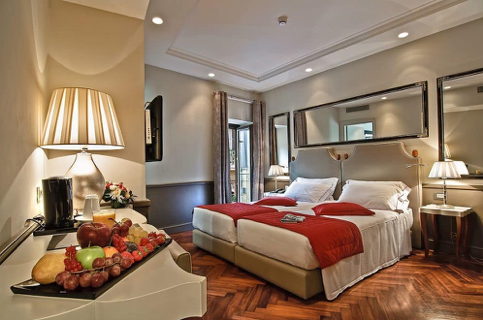 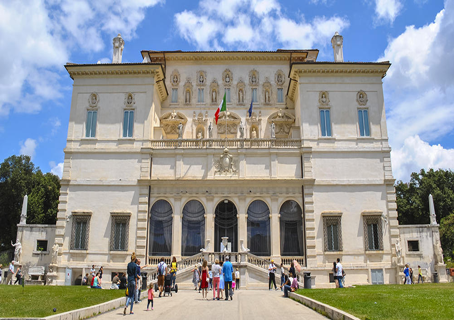 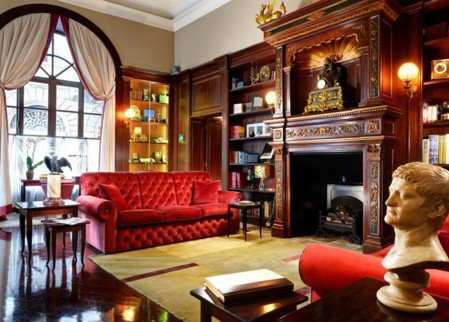 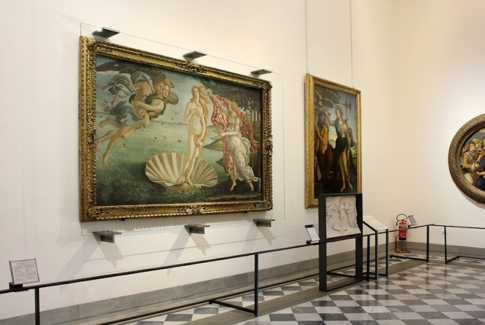 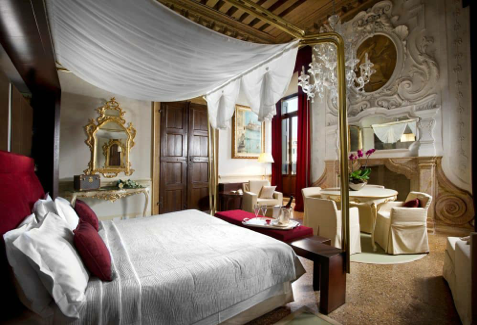 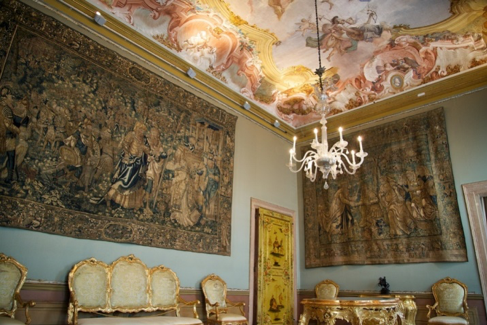