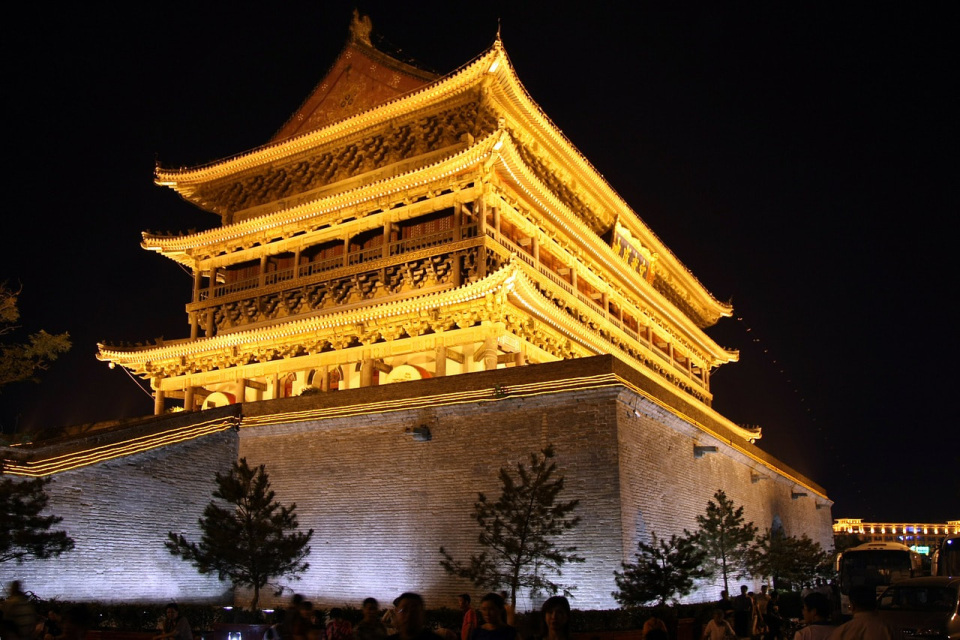 This program cries out for a multi-generational trip since it offers a comprehensive look at China with activities sure to please everyone in the family, from young explorers to seasoned travelers.

You will travel through the country by bike, boat, train and even Segway. Enjoy interactive cultural courses in cooking, calligraphy and kite flying as you learn Chinese culture in a fun way.

You will depart on your trans-Pacific flight losing a day as you cross the International Date Line which you will gain back on the return trip.

Upon arrival in Beijing you will be met by our guide who will take you to the car that will take you into the city. Assuming an afternoon arrival you will make a brief stop at the “Bird’s Nest”, the stadium designed for the 2008 Olympic Games. Here you will enjoy a Segway ride on the same tracks that Usain Bolt, the world’s fastest man ran his 100 meter dash. You check in at your hotel and enjoy an excellent buffet dinner before turning in.
Dinner

Day 4: The Temple of Heaven and the Forbidden City

Today you will have a special guide who is both a teacher and a guide. After breakfast you will depart with the teacher and your driver for the Temple of Heaven outside the city. As you sit in the park surrounding the Temples the teacher will provide a short introduction on the Temple and its role in Chinese history. Everybody will learn about the history of Chinese characters and the underlying logic of the way in which they are composed and the evolution of calligraphy. You will then get a chance to put theory into practice in an interactive lesson on water calligraphy where you use giant paintbrushes laden with water to write characters on the park’s flagstones.  After lunch another guide will meet you and take you on a private tour of the Forbidden City where you learn all about the history of the city, its role through the dynasties as well as why most Chinese buildings face south. Following the visit you ascend the artificial coal hill just behind the Forbidden City, providing spectacular views of the entire site. Top off the day with an evening performance of a  show in the Red Theater.
Breakfast and Lunch

An early morning departure to reach the Mutianyu section of the Great Wall which is particularly beautiful in the morning light and there are also less people at that time. The wall dates back over 2,000 years to the Qin dynasty although much of the wall you see today was built in the Ming Dynasty. At its peak, the wall ran for 3,600 miles from Manchuria to the Gobi Desert. After a tour you will have your own picnic on the Great wall followed by instruction in kite flying. As you descend from the wall you do so in toboggans in a ride that lasts about seven minutes. You drive back to Beijing where you board motorcycle sidecars for an exhilarating ride through the hutongs of Beijing with their narrow lanes. The side car offers up close views of restaurants, bars and shops. You then stop to learn the intricacies of Mahjong an important Chinese social ritual. In the evening cap off the day with a superb Peking Duck dinner where the chef will slice the Duck into hundreds of flakes each having a piece of crispy skin which is combined with thin pancakes, plum sauce and slices of spring onions.
Breakfast, Lunch and Dinner

Day 6: The Summer Palace and the Express to Xian

Begin your day with a visit to the Summer Palace which started as a simple Imperial Garden until the Emperor Qianlong “remodeled” in the 18th Century to create a large complex for the court. A boat made out of marble was built in the lake using funds “re-allocated” from Admiralty funds. You will see it up close as you board paddle boats for a scenic cruise on the lake.  You then head back to your hotel to claim your luggage and then to the station where 1st class seats are reserved on a high speed train to Xian where you arrive in the early evening. You are met and transferred to your hotel where dinner awaits.
Breakfast and Dinner

Day 7: The Terra Cotta Warriors and the Silk Road

Your first stop today will be to see the Terra Cotta Warriors which stayed covered for Centuries until uncovered by farmers in 1974. There are thousands of archers, cavalry and infantrymen each with his own unique face. After your tour you proceed to a Terra Cotta factory where you see how the statues were made and you also get the chance to create your own personal statuette. Return to Xian to explore the culture of this major stop on the Silk Road between Central Asia to Europe. Many of the merchants were Muslims and there is a sizeable Muslim population in Xian with their own Chinese –style Mosque. In the evening, your guide will take you through the night market and enjoy the specialties including spiced lamb kabobs, flat bread and mutton soup with noodles.
Breakfast and Dinner

Day 8: The Ramparts of Xian

Start the day with a private tour by golf cart around the ramparts of the city stopping at interesting places along the way with your guide. You will then be transferred by road to Chengdu the capital of Sichuan Province known for spicy food and Pandas. Have a late lunch at the hotel and then head to the theatre which is the home of the Sichuan Opera featuring dancers, singers, acrobats and fire-eaters. We will arrange for you to go backstage before the performance and the younger members can have performance make up applied to them.
Breakfast and Lunch

After breakfast you will be transferred to the airport for a flight to Guilin which is known for its numerous minorities and its picturesque countryside of rocky peaks bordering the Li River. When you land you will be met by your guide as well as a local driver. You will be transferred to the village of Yangdi where you board a bamboo boat which will take you on a leisurely cruise on the Li River passing by superb natural rock formations that have inspired poets, painters and photographers. You will disembark in Xingping where you meet up with your guide, driver and luggage. The village is over 1,000 years old and in known for its homes dating back to the Ming and Qing dynasties. After a brief tour you continue to the small but popular town of Yangshuo where you overnight. Have dinner at your resort and then attend a performance of Impressions Liu Sanjie which takes place in the heart of the countryside and consists of hundreds of actors including local fishermen imitating scenes of local life while wearing the costumes of the minorities of the region.
Breakfast and Dinner

Day 10: Climbing and Cooking in Yangshuo

As you might expect, with all the scenic karsts, the area is very popular for rock climbing. While some climbs are at a highly advanced level, we will provide you with an experience that all ages can enjoy in complete safety with helmets, climbing shoes and climbing harnesses all provided. Those that wish to pass can relax by the pool at the resort. In the afternoon you will travel into the countryside where you meet your chef/instructor and visit the local market to select ingredients for a five course meal which you prepare and then consume.
Breakfast and Dinner

Day 11:  Reed Flute Cave and the Spectacle of Hong Kong

In the morning your guide will take you to Reed Flute Cave that gets its name from the reeds that grow at the mouth of the cave. Local craftsmen use the reeds to carve flutes, hence the name. Upon entering the cave you will be provided flashlights to explore some of the stalactites that draw intricate shadows on the cave walls. Continue with a walk around Shan Lake known for its two superb Sun and Moon pagodas.  After your visit you are transferred to Guilin Airport for a flight to the renowned city of Hong Kong. After landing you will be transferred to your hotel offering superb harbour views. After a chance to relax, you will be taken to the docks where you board a private junk for a cruise around Hong Kong Harbour. As you dine you are able to see the lights of both Hong Kong and Kowloon and the traffic on the harbour.
Breakfast and Dinner

As a gesture to the younger travelers you can devote part of the day for a visit to Ocean Park which opened in 1977 and is still considered one of the world’s best amusement parks. In addition to aquariums, thrill rides and river rafting, a unique aspect is “ old Hong Kong” which takes you back to Hong Kong in the 1950’s with replica trams, rickshaw drivers and police in their British colonial uniforms. In the evening your guide will take you through the food markets of Kowloon where you can try a variety of foods and get a true understanding of contemporary Hong Kong.
Breakfast and Dinner

Begin the morning with a guided visit to Tsim Sha Tsui. You will take a walk down to the famous Tsim Sha Tsui for a spectacular view of Victoria Harbour passing the iconic Kowloon railway clock tower. Continue on foot to the neighboring pier for a crossing on the Star Ferry (Hong Kong Island to Kowloon). From the boat, soak in some unbeatable views of what is considered one of the world’s most beautiful skylines. Visit the small tramway museum, an important piece of the city’s colonial heritage, before ascending Victoria Peak. The ascent takes around 5 minutes in the Peak Tram which climbs at a gradient of 27 degrees. The peak is the highest point in Hong Kong at 1,811 feet and offers 360 degree panoramas including the tip of Kowloon and the neighboring islands of Lantau and Lamma. Have lunch with a view and then return to your hotel where a driver will be waiting to take you to the airport for the flight back to the USA.
Breakfast and Lunch 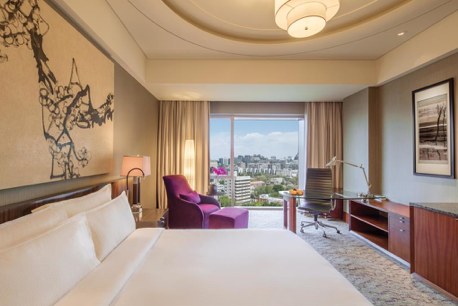 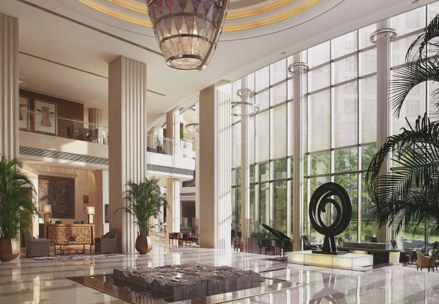 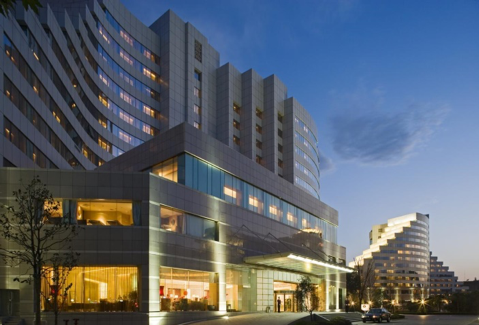 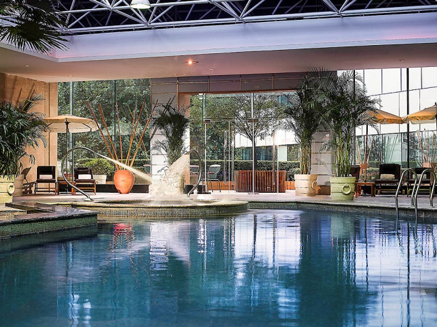 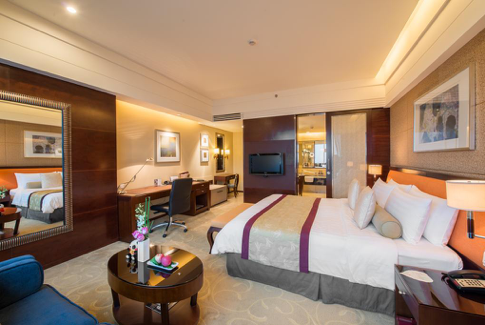 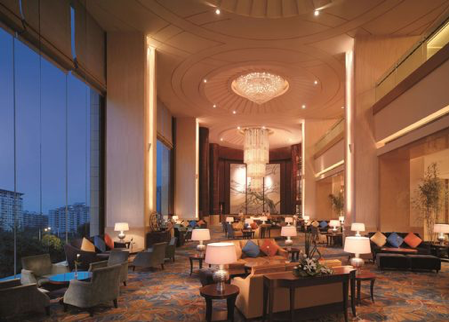 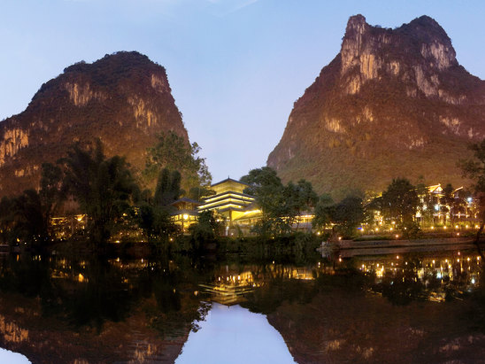 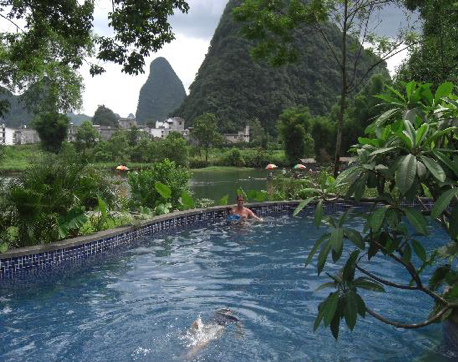 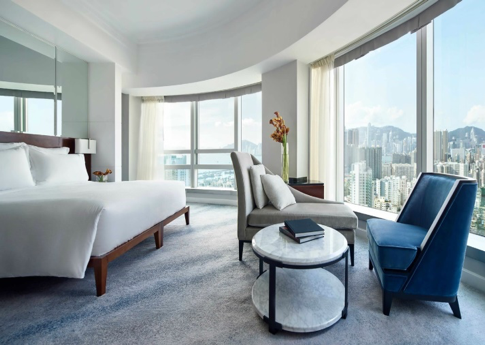 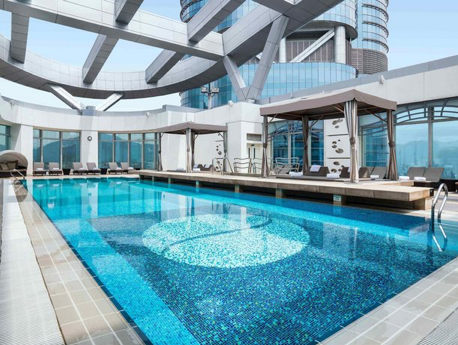