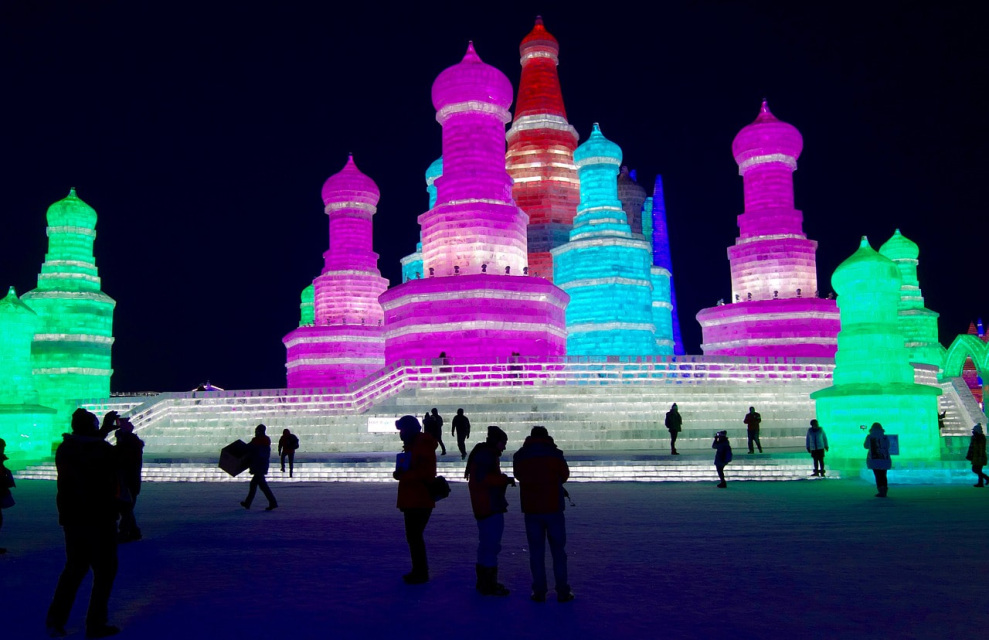 If you are one of those people who love to go to exotic locales but still like to relax in the evening, we have for you a stay in Beijing and the former area known as Manchuria but now known as Dongbei.

​On this trip you will be close to the border of North Korea (but never that close) and stay in the former Russian cities like Harbin. There are a lot of interesting things to see and do with the added benefit of likely being the only one in the neighborhood to have spent some time in Manchuria.
SKU:
Add to Cart

Today you will board your aircraft for the flight to Beijing crossing the International Date Line on your way there.

You will likely arrive in Beijing in the late afternoon and early evening. You will be met and escorted to the car that will take you into the city and your elegant hotel. Enjoy a light dinner and then a relaxing night’s sleep.
Dinner

The day starts very early with a visit to the area surrounding the Temple of Heaven. From Tai qi, Kung Fu and sabre practice to meditation, tango and gymnastics, physical exercise is considered an essential start to the day for the Chinese people. Return to the hotel for breakfast and then transfer to Houhai Lake to visit Beijing’s famed hutongs, which are ancient, narrow streets exclusive to Beijing.  You will then meet a bicycle repairman and your guide will translate his thoughts about the bike versus the car. Conclude your morning with a visit to the Wangfujing neighborhood, the commercial heart of the city. After some free time in the afternoon your guide will take you to a local restaurant for a Peking Duck dinner.
Breakfast and Dinner

Day 5: The Great Wall and the Summer Palace

Start your day with the city’s (and possibly the country’s) biggest attraction, the Great Wall which stretches 2,000 miles from Ancient Manchuria (coincidence?)  to the Gobi Desert. We will get you there early in the morning at the Mutianyu section where you can avoid the crowds. Early morning is also the best time for photography (selfie anyone?). After walking the wall we will set up a picnic lunch on the wall itself. Coming down from the wall offers three possibilities. First, you can walk back down, two you can take a cable car and three, for the adventurous, take a toboggan down. You then pay a visit to the Summer Palace on the way back to the city. What once stood as a simple Imperial Garden was entirely renovated by Emperor Qianlong during the 18th Century to become one of the most important sites of the capital. Harmonious in nature, a variety of traditional Chinese temples, pavilions, lake and gardens comprise the Palace. Return to the city for a free evening.
Breakfast and Lunch

Day 6: The Red Beach of Panjin

After breakfast you will be transferred to Beijing station where 1st Class seats will be reserved to Manchuria. Your first stop will be Panjin. This area is known as Liaoning (neighboring North Korea) which is one of the three provinces that used to make up Manchuria but now known as Dongbei.  You will disembark and meet your guide and driver and be taken to “Red Sea Beach”, a unique site that changes color with the seasons. When out of season it is green, in June it turns violet, and bright red between July and mis-September. When you arrive, you leave your luggage with the driver and board an electric car with your guide to the “beach”. Sitting alongside the Shuang Taizi River, this region is mostly marshland covered in “suaeda heteroptera”, an herbaceous halophytic plant. A suspended wooden walkway has been installed above the marsh so that visitors can get closer to the plants without damaging them. Return to the electric car and visit the reed maze which you walk through. You then return to the station and board a train to Shenyang which will take a little over an hour. You are met and taken to your hotel.
Breakfast, Lunch and Dinner

Day 7: Shenyang and the Strange Slope

After breakfast your guide will take you to the Imperial palace which was the centre of Manchu Power   until the mid-17th Century. While small comparted to the Forbidden City its octagonal Hall of Political Affairs is well worth a visit. You then make your way to the Northern Tomb which was built in the 7th Century as the resting place of Abahai and his wife. You will note the Pine Forest surrounding the tomb, a unique observation of both precise historical planning and feng shui techniques.  After lunch you are invited to participate in a unique phenomenon called the Strange Slope where the forces of gravity are inverted. A 600 foot cycle path has been created where it is necessary to pedal to go down the hill and freewheel on the way back up! While scientists have put forward various theories on the causes of this surprising phenomenon, none has been proven. In the evening you dine at a local restaurant where they serve a local fondue with meat and vegetables.
Breakfast, Lunch and Dinner

Day 8: Harbin, a city with a History

Today you will be transferred to the station for the train journey to Harbin which takes about two hours. Upon arrival you are met by your guide who will take you the Daoli Quarter   to discover the old Harbin.  First you will have lunch at Café Russia 1914 followed by a walk through Stalin Park. A walk down Zhongyang Pedestrian Street is a walk back in time with over a mile of buildings with some of the greatest examples of Russian Architectural Heritage. One example is the Modern Hotel which was built in 1906 and is still in use today. The street also has cafes and boutiques.  You will then be taken to your hotel where you have dinner. After dinner you may want to visit one of the many beer gardens situated on Zhongyang Road and in Stalin Park.
Breakfast, Lunch and Dinner

You will return to Dalian this morning but you will be spending your time on the Liaodong Peninsula. Dalian remained a colony (Japanese, Russian) for nearly half a century and didn’t return to Chinese control until 1955 with the arrival of the communists. The Russians were inspired by 18th Century French urbanism and this shows in many of Dalian’s buildings. There are also a number of western-style gardens, squares and fountains as further evidence of its colonial past. Pay a visit to the immense Xinghai Square and then take the three mile coastal trail along with your guide. Here you will see traditional Junk boats floating nearby, pass the beaches of Jinsha and Yingsha and finish the tour at Fujiazhuang Beach.  After a chance to freshen up your driver will take you to Tiger Beach where the old fishing port has been renovated in the style of a coastal American city; enjoy a seafood dinner at the beach.
Breakfast and Dinner

Day 10: Lushun and Return to Beijing

Before your return to Beijing you take a side trip to the neighboring city of Lushun which was the epicenter of the Russo-Japanese War. You will visit the Lushun Russo-Japanese Prison and the Soviet Army Martyrs’ Cemetery the largest cemetery for foreigners in China. It honors the Russians killed liberating the country (ironically from the Japanese) at the end of the Second World War and the pilots killed in combat during the Korean War. You will then board a train for Beijing and upon arrival be transferred to your hotel.
Breakfast

After breakfast you will be transferred to the airport for the return flight to the USA arriving home the same day.
Breakfast 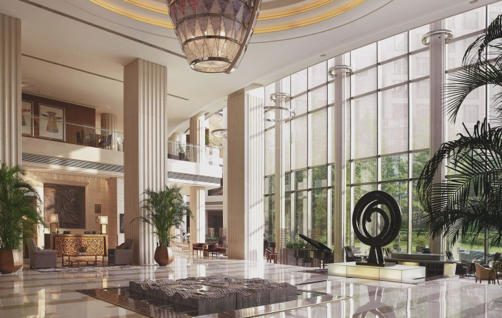 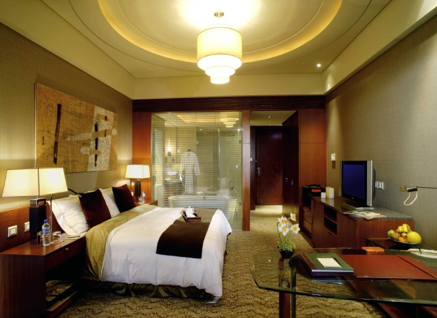 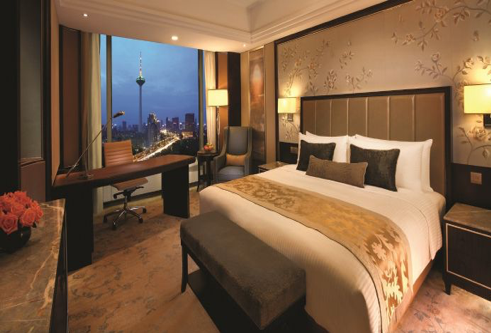 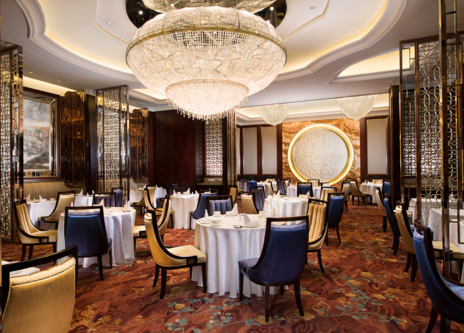 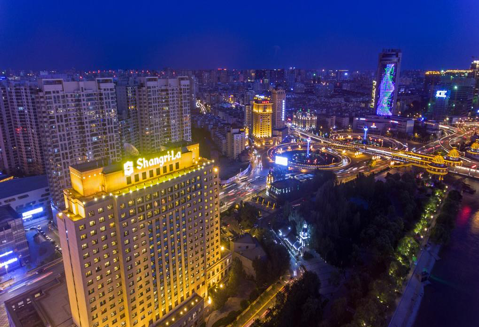 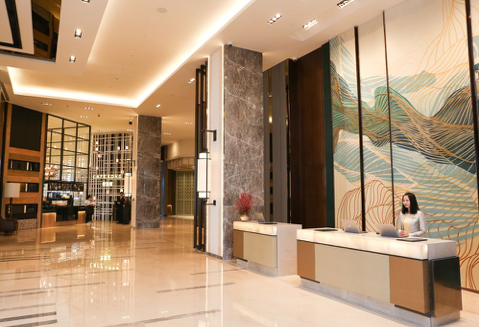 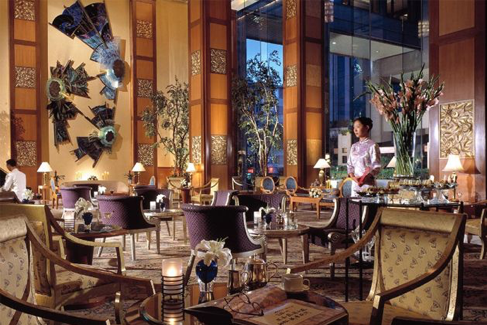 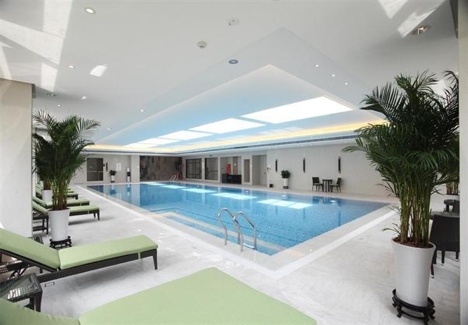