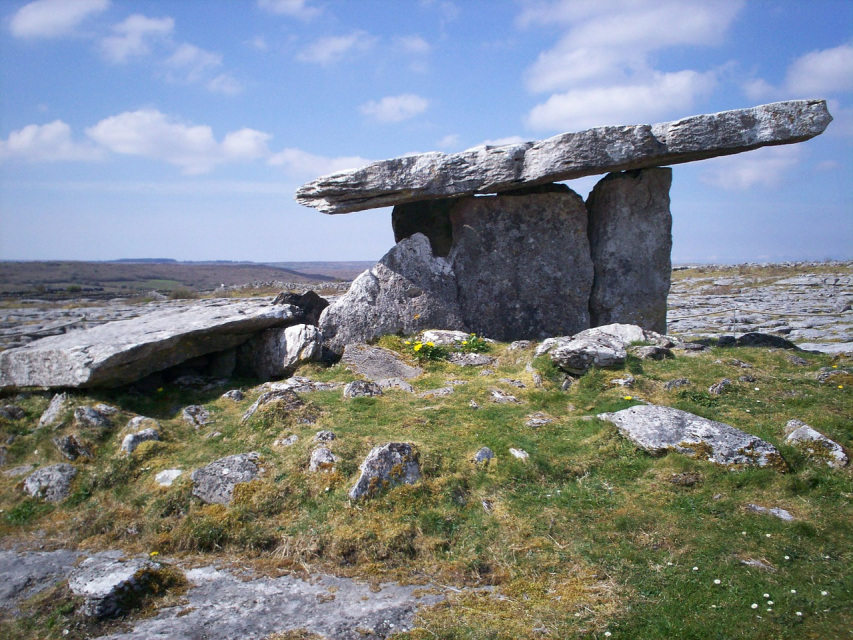 Highlights:
​
This is the definitive discovery of Ireland. Six of the counties in the north make up part of the United Kingdom and are commonly referred to as Norther Ireland with its capital in Belfast.

The rest of the island is referred to as Ireland with its capital of Dublin. The inhabitants of both portions share a Celtic heritage, a love of laughter and song and a welcome to all visitors.

While religion and politics are the main divisive elements, the two countries share a love of this island in the Atlantic closest to the United States; which is appropriate given the number of Americans who have (or claim on St Patrick’s Day), an Irish heritage.
SKU:
Add to Cart

In the evening you board your aircraft for the overnight flight to Dublin.

Upon arrival you will be met by your guide who will be driving you to Cork. Along the way they will take you to the Rock of Cashel, one of Ireland’s most significant landmarks. Rising above the surrounding plain and dominating the surrounding countryside the rock is home to a cathedral with round tower and Romanesque Cormac’s chapel. It was here that St. Patrick converted the local King Aenghus in the 5th Century and Brian Boru was crowned King of Ireland on the same spot in the 11th Century. After a visit you arrive in the University town of Cork and your elegant hotel which is in the centre of the city and situated in its own manicured grounds.
Dinner

After a Full Irish Breakfast you meet your guide for a visit to some of the highlights of Cork. Your first stop will be Cork’s university which is noted for its fine architecture and its scenic paths along the banks of the river. It also houses the Glucksman Gallery noted for its works of art and unique architecture. Crossing the river you visit the old town gaol which also houses a museum built around radio. Next, you are off to Shandon Street dominated by Shandon Church steeple. If you feel up to it you can climb the 122 steps to the top and be rewarded by stunning views of the city. Your last visit will be English Market which has been a food market since 1788, long before foodies were invented. Here you will find the best that Ireland has to offer from salmon to lamb and from organic vegetables to artisanal cheeses. Your guide will leave you here to browse since it is a short walk back to the hotel. You might want to have lunch at the market or pick up individual ingredients including a bottle of wine for an alfresco picnic in one of the parks.
Breakfast

Today you will visit some sights outside of the city. Your first stop will be Blarney Castle built over 600 years ago. Today it is known for the Blarney Stone which is imbedded high up in one of the turrets. Bending backwards over the parapet and kissing the stone is supposed to give you the gift of gab. Your guide will follow your lead but we have not been drawn to kissing something that has, that day alone, probably been kissed by at least one hundred people before you. As a more sanitary alternative, nothing aids the gift of gab particularly among the Irish, than a nip of Whiskey and your next stop at the Jameson Distillery is a good place to start. Take a tour and see how the triple distilling creates the unique taste and then sample some of the finished product. You then head to the port city of Cobh which was called Queenstown prior to Irish independence. It was from here that thousands of Irish emigrated to the United States, Canada and South America. This was the last port for Titanic as she picked up “steerage” passengers and headed out on her fateful and final voyage. You will also visit the Cobh Heritage Center which personalizes the experience for generations past. Return to the city for some shopping before enjoying the Chef’s tasting menu at the hotel’s fine dining restaurant.
Breakfast and Dinner

In the morning you have breakfast and are then picked up by your guide who will be driving you to Killarney which will take a little over an hour. Arriving in Killarney you make your way to Ross castle where you meet a local guide who will start your day with a cruise on a traditional open boat through the three Lakes of Killarney passing by Innisfallen Island, Bricin Bridge and Torc Mountain. You will end up at Lord Brandon’s cottage where you have a light lunch. You then meet up with your “Jarvey” which is the name given to the drivers of an Irish Jaunting Car. More than a driver they are a guide and a storyteller who will take you through the Gap of Dunloe filling you in on the history and gossip of Killarney over the ages before returning you to your guide in the late afternoon. You will then be taken to your hotel. Tonight is your opportunity to try one of the many fine restaurants in town. We like Gaby’s for its lobster but for great fish and chips try Quinlan’s or Danny Mann’s.
Breakfast and Lunch

Today you will take a scenic tour around the Ring of Kerry which affords a journey through some of Kerry’s most outstanding scenery around the Iveragh Peninsula. During your day you will travel through Killorglin, by Caragh Lake and Glenbeigh where you get your first view of the Atlantic at Rossbeigh. You will visit Dingle Bay, Kells and Cahersiveen where Valentia Island is visible offshore. Stopping for a pub lunch you continue on to Ballinskelligs and Coomakista pass before arriving back in Killarney. You will then be returned to your hotel.
Breakfast and Lunch

Day 7: Limerick and the Flying Boats of Foynes

After your stay in Killarney you will be ready to take a trip along the Wild Atlantic Way which is the name given to Ireland’s Atlantic Coast. You will leave Killarney and drive up the scenic coast to the village of Foynes located on the Shannon River. Actually it is on the other side of the river from Shannon airport. From 1937 to 1945 however it was Foynes that was the center of transatlantic aviation as Flying Boats flew to neutral Ireland and landed in the estuary. They would then connect to local flights to England, Portugal etc. The Museum located there has a full size replica of a flying boat so you can see what flying was like in those days. You can also have an Irish Coffee at O’Regan’s café where it was invented (with all deference to San Francisco). You then continue to your hotel.
Breakfast and Dinner

Day 8: Cliffs of Moher and the Burren

Today you meet your guide for a thrilling ride along the famous Cliffs of Moher where Ireland meets the Atlantic Ocean. Stretching for five miles and rising over 600 feet above the sea, the cliffs are home to one of the major colonies of cliff-nesting seabirds and one of Ireland’s top visitor attractions. From the cliffs you can see the Aran Islands, Galway Bay as well as the mountains in Connemara and Loop Head to the south. You will also have a chance to see the Burren (which in Gaelic is Bhoireann or “a stony place”). The Burren limestones were laid down millions of years ago and rain falling on the pavement pours right through and, as it does, the acid rain dissolves the limestone and creates caves and potholes which the brave or foolhardy can explore. After admiring the rugged landscape you return to your hotel for an elegant dinner.
Breakfast and Dinner

Day 9: The Rugged Grandeur of Connemara

Your final destination today is the City of Galway, located on Lough Corrib and known as “Ireland’s Cultural Capital”. As you make your way there you have an extensive tour of Connemara, one of the most scenic regions in Ireland. Its craggy mountain peaks, expansive sandy beaches and laced network of lakes exemplify the peaceful solitude and rugged beauty of the west of Ireland. Connemara is not a town or a county and you won’t find it by name on a map. The name is given to the Western portion of County Galway, which lies between Lough Corrib and the Atlantic. Dominated by the Twelve Bens mountain ridge, dotted with lakes and fringed by the Atlantic Coastline, its innumerable creeks, bays and little harbors make it one of Ireland’s most memorable touring areas as you will discover for yourself. You arrive in Galway city where there a wide selection of restaurants.
Breakfast

After breakfast your guide will take you into the six counties that make up Northern Island.  Many of these counties are rural but a large population is located around the Capital City of Belfast. Stop at the Wineport Lodge for lunch overlooking the lake before arriving at your elegant hotel which is situated on 12 acres but is just ten minutes from the centre of Belfast.
Breakfast and Lunch

Day 11: The Titanic Experience and the Giant’s Causeway

After breakfast your guide will take you to the Titanic Experience which is built on the site where Titanic was created and launched. It offers a complete history of the ship including design, building, maiden voyage, the sinking and the later re-discovery. As much of the exhibit is interactive your guide will give you time to explore the exhibit at your own pace. After your self-guided tour, your guide will be waiting to take you on a scenic coastal road starting with the Nine Glens of Antrim offering spectacular views of valleys, mountains and, most of all, the coastline. A stop at the Bushmills Distillery gives you a chance to taste test versus Jameson’s from your previous visit. You continue along the coast to the strange sight of the Giant’s Causeway, a natural phenomenon created from cooling lava over 50 million years ago. Return to Belfast and enjoy dinner at your hotel.
Breakfast and Dinner

You will meet your guide after breakfast for the journey back to Ireland and its capital, Dublin. You will drive through the Boyne Valley combining history, religion and scenic beauty and stop at Trim Castle which had a featured role in the movie “Braveheart”. Arrive in Dublin and check-in to your hotel which is close to Grafton Street a pedestrian-only combination of department stores, boutiques and restaurants. Pick one of the restaurant’s for dinner this evening.
Breakfast

This morning you are met by your guide who will, both by car and on foot, introduce you to the historic and cultural portions of Dublin. You’ll visit St. Patrick’s Cathedral, Trinity College, a renowned center of knowledge (founded by Queen Elizabeth I) and repository of the Book of Kells. After a pub lunch you will embark on a literary tour that will show you areas of the city associated with Ireland’s great writers like Yeats, Shaw, Beckett, Swift and Oscar Wilde. You’ll also spend some time following the trail of Leopold Bloom from James Joyce’s Classic “Ulysses”. In the evening continue the literary theme as you dine at The Brazen Head, Ireland’s oldest pub and enjoy singing and storytelling.
Breakfast, Lunch and Dinner

After breakfast you are transferred to the airport for the flight back to the USA.
Breakfast 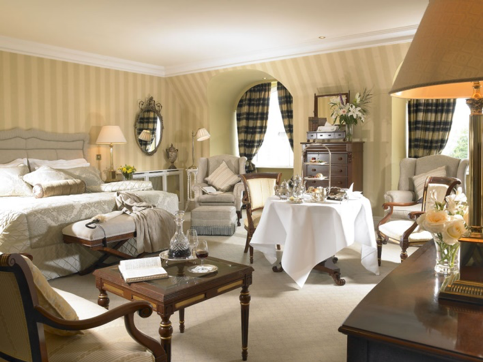 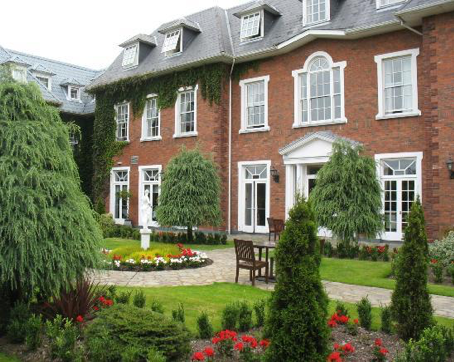 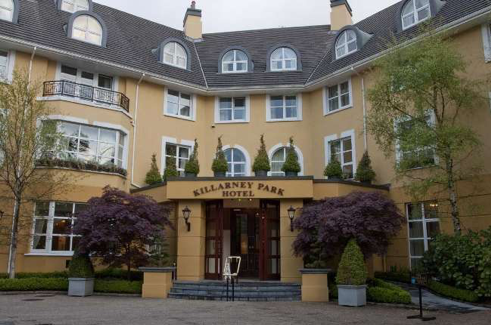 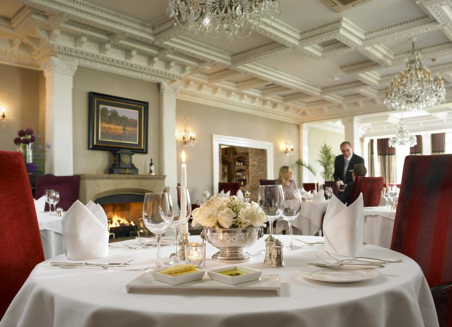 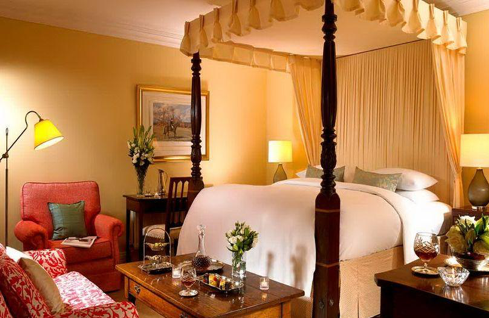 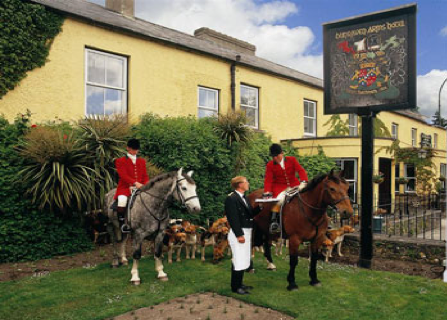 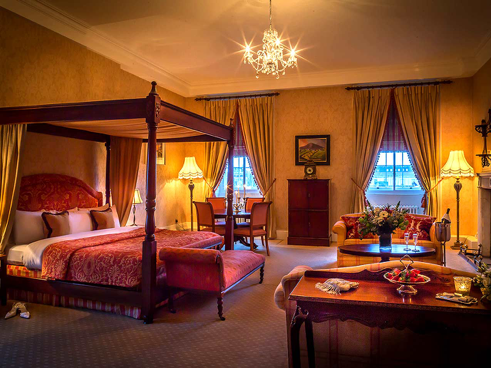 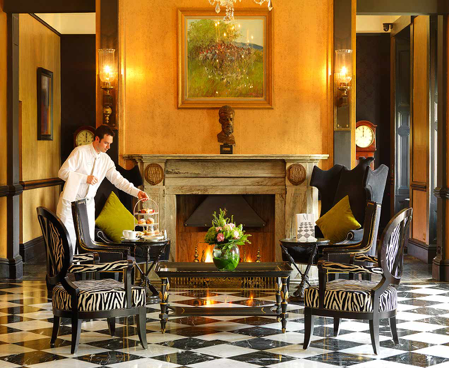 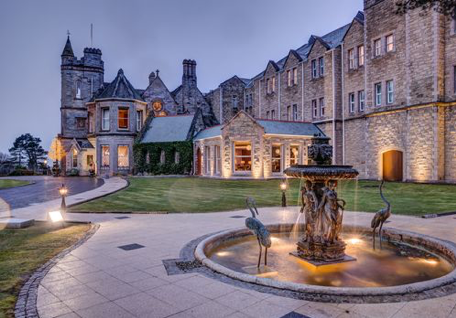 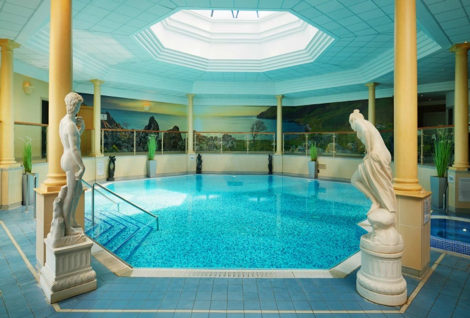 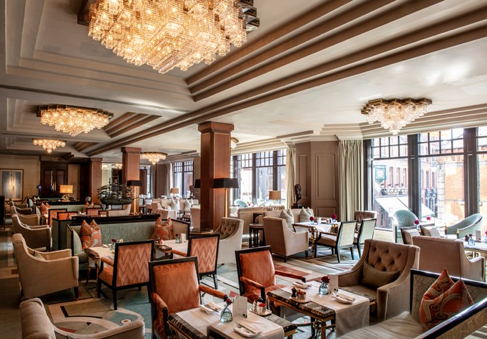 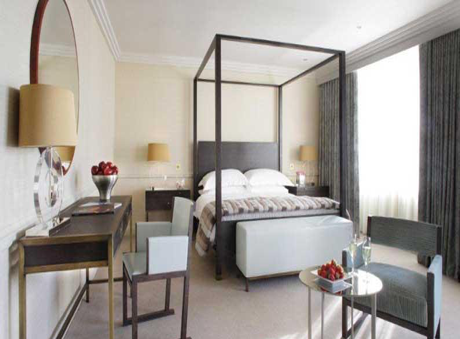