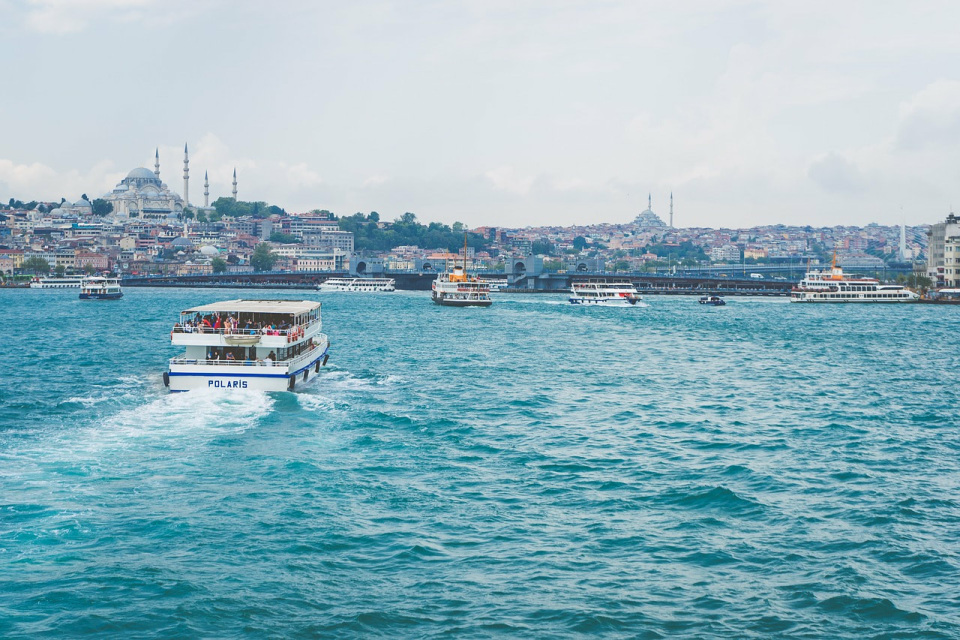 Tonight you board your aircraft for the flight to Istanbul and the start of your in-depth exploration of the intriguing city of Istanbul.

Upon arrival in Istanbul, you will be met by an Ultitude driver who will take you to your hotel where you have a chance to relax. After traveling all night, enjoy dinner at the hotel and the chance for an early night.
Dinner

After breakfast and a good night’s sleep you will be ready to meet your guide who is also a lecturer on the history of the city. You will spend most of the morning at Seraglio Point with your first stop being the Hippodrome. Here you will see the obelisk of Theodosius with its 4th Century reliefs. You then walk to The Blue Mosque which was built in the 17th Century and so named because the interior is covered in blue tiles. This will be followed by Aya Sophia the great church built by Emperor Justinian. Your next visit will take you underground to the Yerebatan Sarayi, a giant Cistern created by the Romans to provide water to the city and used well into the Ottoman era. James Bond fans will remember that it was used by Bond to spy on the Russian Embassy in “From Russia with Love”. The underground chamber is supported by rows and rows of columns and has been totally restored to its original splendor. Finish your tour at Topkapi Sarayi. Begun by Mehmet the Conqueror in 1453, it was the palace of the Ottoman Sultans for over 300 years and is a supreme example of Ottoman architecture.
Breakfast

After breakfast you meet your guide who will take you to the dock where you board a private yacht for a cruise down the Bosphorus which separates Europe from Asia. During the journey you will view some of the few remaining ‘Yali’, picturesque wooden houses built along the water’s edge as vacation homes. You disembark on the European side and visit a private museum located in one of the Yalis. You enjoy lunch at a noted fish restaurant situated overlooking the Bosphorus. After lunch you climb up the Emirgan Wood where there are three pavilions built by one of the Lord Chancellors in the Ottoman Empire. If you are visiting in April and May you will be delighted by the display of millions of Tulips eclipsing even those of Holland. Have coffee in one of the pavilions and then head to the business district where you visit the Elgiz museum which houses a large collection of evolving contemporary art. You then return to the hotel.
Breakfast and Lunch

Day 5: All aboard the Orient Express

In the morning you meet your guide and start the day by visiting the 5th Century Theodosian Walls and the nearby Kariye Museum. Initially the Church of St. Savior dating back to Constantine the Great, the building became a mosque and then a museum famous for its superb mosaics depicting the life of Christ. You also visit the Suleymaniye Mosque and then visit the Spice Bazaar located on the south bank of the Golden horn. You will have lunch at Pandelli Restaurant that dates back to 1901. Finish the meal by having a coffee at the first coffee ship in the city dating to 1871. Walk to Sirkeci Gari which was the terminus for the two lines of the Orient Express traveling from Paris. The regular service ended in the 1970’s but a few trips are taken each year with the private Venice Simplon-Orient Express. Finish your day at the Grand Bazaar with over 4,000 shops. Your guide will prevent you’re getting lost as you wander.
Breakfast and Lunch

Today your guide will take you on a culinary tour of the Beyoglu district; one of Istanbul’s most colorful. You will start by visiting a lokanta where you will have a full breakfast. You then visit a pickle-maker and other artisans as you wind your way through atmospheric side streets. You will visit an Armenian church inside a fish market and sample foods from a variety of vendors followed by lunch and the best Turkish coffee in the city. After a chance to rest you will be taken to a Meyhane which is a Turkish combination of pub and tapas bar. Here you will drink copious amounts of raki and endless streams of mezze offerings. You will then be returned to the hotel.
Breakfast, Lunch and Dinner

Day 7: The Pera and Karakoy Districts

Your first visit today will be to The Museum of Innocence which is both a novel by Orhan Pamuk and a museum that he has set up. Since the 1990’s, Pamuk has conceived of novel and museum together. The museum presents what the novel’s characters used, wore, heard, saw, collected and dreamed of, all meticulously arranged in boxes and display cabinets. It is not essential to have read the book in order to enjoy the museum or vice versa. Walk to Cukurcuma Square, an antique lovers; nirvana with more than ia5 shops selling antique products and accessories. If you are looking for a candelabra from the palace os a Sultan or hand-written Ottoman diplomas, this is your place. Your guide will then take you to the Pera neighborhood where you can have some lunch. In the 1900’s this was the place where diplomats and traders lived. Today it is the chic part of Istanbul home to many boutiques, cozy cafes and glittering nightclubs. After an extensive tour your guide will leave you to explore on your own. Your hotel is not far away.
Breakfast

Day 8: The Other Side of Town

Today you will cross the Bosphorus by ferry. The bridge is quicker but this is more interesting and historic. Upon docking you will make for the Beylerbeyi Palace built in the late 19th Century as a summer residence for the sultan. This elegant structure on the banks of the Bosphorus boasts graceful bathing pavilions and a spectacular reception hall with its lovely fountain. Drive along the Bosphorus on the Anatolian part of the city and have lunch at Ismet Baba Fish restaurant established in 1951. After lunch you drive to Salacak to take the shuttle boat for Maiden’s Tower which dates back 2,500 years with parts from ancient Rome, the Byzantine Empire and the Ottoman Empire. Enjoy coffee or tea as you get a view of Asia and Europe from the middle of the Bosphorus. Take the shuttle back to Salacak and then back to the European side either by ferry or car. Since this is your last night, let us create a special dining event for you.
Breakfast and Lunch

At the appropriate time your driver will take you to the airport for the return flight to the USA where you arrive back the same afternoon.
​Breakfast 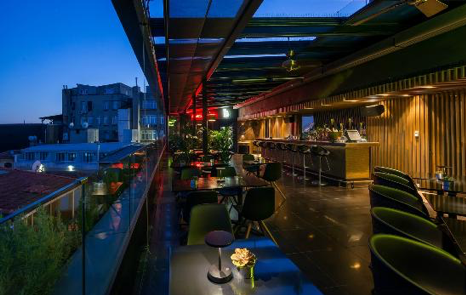 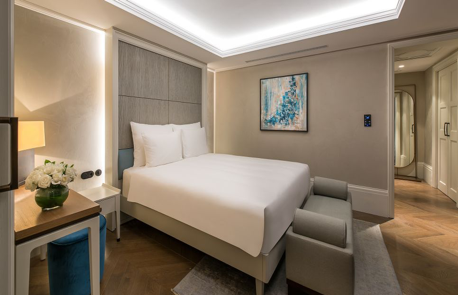