The Arrondissements of Paris

Like many major cities, Paris is made up of neighborhoods called arrondissements. Each is different and some are more interesting than others. We have eliminated the guesswork and selected seven of our favorites to explore in more depth.

Spend the morning with your own private guide exploring the highlights of each area. Then be delivered to a local bistro or brasserie where you can sample even more Parisian flavor. Use the afternoon to explore the area at your leisure.
SKU:
Add to Cart

Customizable Itinerary - 9 Days (from $2,891 / person)
Day 1: Depart USA
​
Tonight you depart for Paris for your immersion in its selected neighborhoods and the creation of a Custom Parisian Holiday.

Upon arrival your will be met by one of our drivers for a private transfer to your hotel located on the left bank. On the way to the hotel your driver will show you some of the city highlights and the arrondissements you will be visiting in depth during your stay. Upon arrival we will provide you with a list of recommended restaurants where you can enjoy dinner at a reasonable price each night of your stay.

Day 3: The Beginnings of Paris

After breakfast you meet your guide in the lobby and walk to the nearby metro station to take you to Ile de La Cite which sits in the middle of the Seine and is thought to have been the original settlement of Paris. Here you will find Saint Chappelle with its magnificent stained glass windows. You will then visit the Conciergerie where Marie Antoinette was imprisoned prior to facing the Guillotine. Your last visit will be to Notre Dame one of the great symbols of Paris. Your guide will then take you across a small footbridge that connects Ile de la Cite with Ile St. Louis one of Paris’ most sought after neighborhoods. Your guide will take you to a recommended Bistrot or Brasserie for you to have lunch but skip dessert and instead visit Berthillon a family run glacier ( ice cream maker) for the best ice cream in Paris (possibly France) After lunch you may want to visit the Louvre which is a fifteen minute walk along the Seine.
Breakfast

The area known as Le Marais means “the Marsh “in English.  It is so called because the marsh was drained by the Knights Templar as the site of a fortress. In later times it was primarily the Jewish area of Paris with many kosher restaurants. More recently it has become an LGBT community with new boutiques and art galleries springing up everywhere. It is also home to Place des Vosges considered to be one of the most beautiful residential squares in Europe and, like Ile St. Louis, a sought-after area to live. Your guide will suggest several restaurants for lunch.  After lunch you may want to visit the very contemporary Musee George Pompidou which is the newest of Paris’ major art museum.
Breakfast

Day 5: The Latin Quarter
The Latin Quarter is so named because it is the site of the University of Paris which was founded in the 12th Century with Latin being the primary language used. Today it is also referred to as the Sorbonne. With its large student population it is known for inexpensive coffee shops and many book stores including the American-owned Shakespeare & Company. While in the quarter your guide will take you to the Pantheon the last resting place of French literary and scientific giants including Voltaire, Rousseau, Victor Hugo, Emil Zola and Marie Curie. Here you will also find Rue Mouffetard which is a foodie’s delight with specialty food shops and restaurants along its length. Here you will find the apartment where Ernest Hemingway stayed while he wrote “A Moveable Feast”.  Enjoy lunch at one of the restaurants overlooking the Seine.
Breakfast

Day 6: The Village of Montmartre

In the middle of Paris sits a hilltop village known as Montmartre. Famous as the haunt of artists and home to the Moulin Rouge, the area has a lot more to offer. You ascend to the village on a funicular enjoying a panoramic view of the city especially those from the bottom of the stairs of Sacre Coeur. While you will visit the tourist places like Place du Tetre you will also go off the beaten track to visit the only vineyard in Paris. In the evening you may want to return for the late show at Moulin Rouge with a bottle of Champagne.
Breakfast

Day 7: Montparnasse and the Memories of Papa and Julia

The sights of Montparnasse range from the views from the top of the Tour Montparnasse and the depths of the Catacombs where, in the 19th Century, over six million remains were deposited in the former stone quarries as six cemeteries were cleared for city expansion. The entrance to the catacombs is, ironically, close to the Cimetiere du Montparnasse where the tombs of Baudelaire, Guy de Maupassant, Jean-Paul Sartre and Simone de Beauvoir can be found.  On a livelier note, a walk along Boulevard Montparnasse offers some of the most famous restaurants from the heyday of Paris where the restaurants were frequented by F. Scott Fitzgerald, Ernest Hemingway and Salvador Dali. On a more contemporary basis, Julia Child favored Le Dome for its fresh shellfish and Seafood. Our personal favorite is La Rotonde which is directly across the boulevard from le Dome. Breakfast

When you think of Paris you may be thinking of the many sights in the 9Th Arrondissement. Here you will find the Palais Garnier home to the Phantom of the Opera which your guide will show you. You then make your way to Boulevard Haussmann where you find the best shopping including the Printemps and Galeries Lafayette. Walk towards the Seine through Place Vendome before arriving at Place De La Concorde. In the days of the revolution, this is where the Guillotine was set up but today the renamed area is more famous as the end of the Tour De France. After your tour, your guide will take you to a suggested restaurant for lunch. After lunch you have the choice of crossing the Seine to tour the Musee d’Orsay with its vast collection of impressionists or returning to Boulevard Haussmann for shopping. This evening let us set up an elegant dinner cruise on the Seine as you say farewell to the monuments of an illuminated Paris.
Breakfast

After breakfast, your car will be waiting to take you to the airport for the return flight to the USA where you arrive back the same afternoon.
​Breakfast 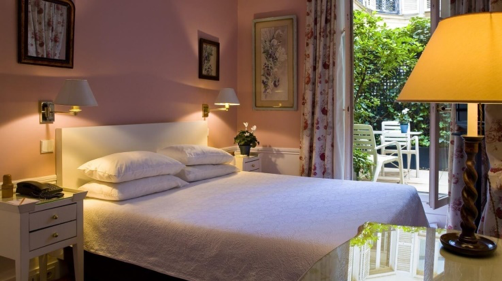 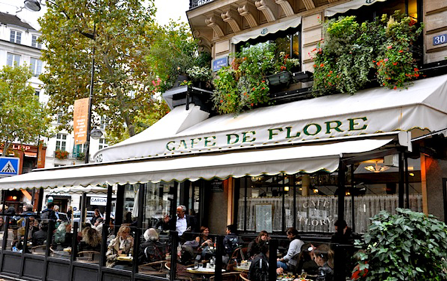