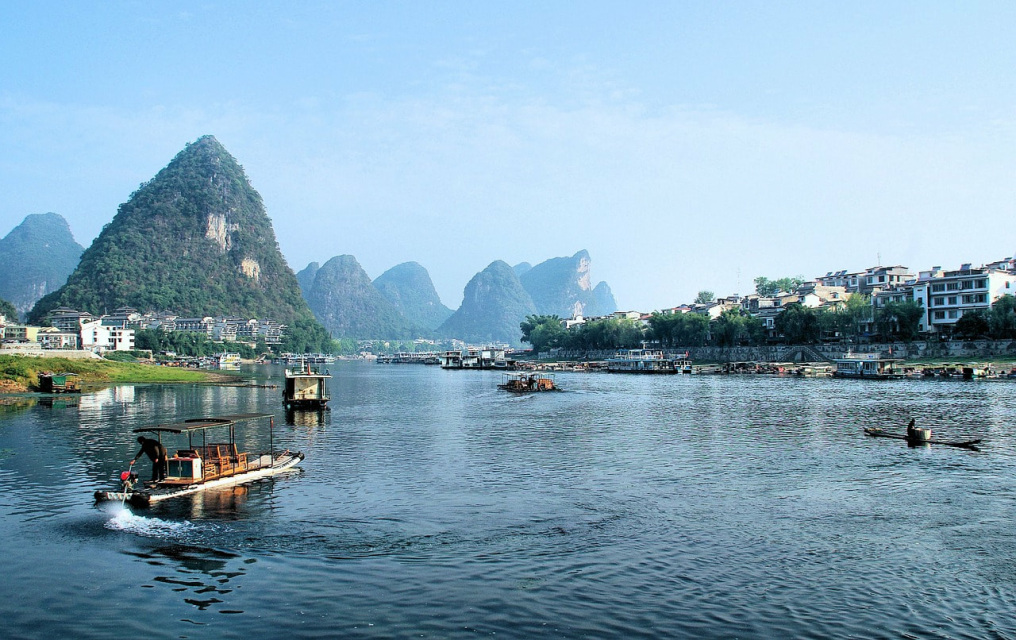 ​From Beijing and Shanghai and all the places in between, this is the Ultimate China vacation. All the “must see's” are included - from the Great Wall to the Terra Cotta warriors of Xi’an and the scenic beauty of Guilin and Hangzhou.

​You will acquire a taste of Chinese culture as you learn the intricacies of Fengshui, contrast old and new as you spend time in Shanghai and in a village virtually unchanged since the Ming Dynasty. From towering skyscrapers to limestone karsts and bamboo forests this is a synopsis of Chinese history and geography. Deluxe hotels and private guides throughout add to the experience.
SKU:
Add to Cart

Depart the USA and cross the International Date Line arriving the next day in Beijing.

Upon arrival in Beijing you are met and escorted to your deluxe hotel. After checking in depart on a private city tour starting with a walking tour of the hutongs of old Beijing followed by a visit to a bicycle repair man, vital in this city of bike riders. Also visit Wangfujing, the main shopping district.

Early departure to visit Temple of Heaven Park where citizens practice, tai chi, Kung-Fu, sword-dancing and even ballroom dancing.  Explore the Temple of Heaven and visit other notable temples throughout the city including the White Cloud Temple. In the evening you have the option of attending a traditional Chinese performance at the theatre.
Breakfast

Day 5: The Great Wall and the Summer Palace

Depart for the Mutianyu section of the Great Wall offering a more intact wall and fewer crowds. Enjoy a picnic on the Great Wall before return to Beijing to visit the Summer Palace which was created by the Emperor Qianlong in the 18th Century.
Breakfast and Lunch

Enjoy a leisurely breakfast before embarking on a privately guided tour of the Forbidden City. In the evening you will be taken for a Peking Duck dinner and then transferred to Beijing train station where a 1st Class sleeper cabin has been reserved for the overnight trip to Datong which will be a unique experience all in itself.
Breakfast and Dinner

Day 7: Datong and the Yungang Grottoes

After arriving in Datong you will be met and taken to your hotel for breakfast and a chance to freshen up. You will then depart to the Yungang Grottoes created in the 5th Century and considered to be the best of Buddhist Cave Art. Return to Datong to visit the Huayan Temple and its “Nine Dragon wall.”
Breakfast

Today you depart for Pingyao the best preserved medieval city in China. On the way you visit the suspended temple which hangs from a cliff face 150 feet above a Jinlong River Gorge. After your visit board a train to Pingyao where you are met at the station and escorted to your hotel the former residence of the Jing family.
Breakfast

This morning you visit a compound of a rich merchant family from the Ming and Qing Dynasties. Also visit cave dwellers who live in cave structures that stay warm in winter and cool in summer. An estimated 30 million people still living in caves in China.
Breakfast

Start the day with a morning stroll through Pingyao absorbing the sights, sounds and smells.  Join your guide to explore Rishengchang which started out as small dye store in the 17th Century and grew into China’s first bank. Visit Taiyuan the capital of Shanxi province before a transfer to the station to catch a bullet train to Xi’an.
Breakfast

Day 11: The Warriors and the Silk Road

Spend the morning inspecting the Terra Cotta warriors created by the Emperor Qin Shi and only discovered by farmers in 1974. After a morning visit, return to Xi’an to ride along the city walls and explore the Muslim culture since this city was the start (or the end) of the famous Silk Road between China and the west. In the evening dine at the night market from a selection of delicacies.
Breakfast and Dinner

In the morning you depart for the airport stopping at the Tomb of Emperor Jingdi. Fly to Guilin where you are met by your guide who will take you into town. The first stop will be Reed Flute cave where you can admire the Stalagmites and Stalactites inside. Complete the day with a stroll around Shan lake.
Breakfast

In the morning you board a boat for a cruise on the Li River, whose surrounding Karst formations have inspired poets, painters and photographers. You will disembark and be transferred to your deluxe resort. In the evening you may want to attend a performance of Impressions Liu Sanjie with hundreds of actors (including local fishermen) imitating scenes from rural life in traditional costumes.
Breakfast

Transfer to Guilin for a flight to Hangzhou which Marco Polo described as ‘heaven on earth” with its beautiful West lake area and the surrounding hills filled with rea plantations. Take a bike ride around the lake and meet a local tea producer to learn about various types of tea including green tea, black tea and Oolong tea.
Breakfast

Your day begins with an interesting visit to the Museum of Chinese Medicine which describes antique medicines some still in use today. Your driver will then take you through the countryside to the Anhui Province and the town of Xidi where you overnight.
Breakfast

After breakfast you meet a Fengshui master who will explain the secrets of this centuries old practice. Film buffs will recognize the village from the movie “Crouching Tiger, Hidden Dragon”. Enjoy a bike ride through the quaint villages of Lucun and Tachuan noted for their wood carving. After the bike ride travel to the Mukeng Bamboo Forest before arriving at Huangshan. Ascend by cable car to the summit for an overnight stay.
Breakfast

Spend the morning exploring Huangshan Mountain and taking time to soak your feet in the hot springs. Descend to ground level and transfer to the airport for the flight to Shanghai where you are met and transferred to your hotel located on the famous Bund.
Breakfast

You start your day at what was the French Concession area where former colonial homes have been converted to restaurants, bars and boutiques. Continue to Xintiandi, a newly renovated area and Tianzifang full of restaurants and small art galleries. Your next  stop is the Pudong district which, up until recently, was a marsh has evolved into an important business centre filled with skyscrapers. Complete your day at the Bund, a holdover from colonial times and offering scenic walks along the riverside.
Breakfast

Start out at People’s Square which was formerly the Shanghai Racetrack. Visit several museums including the Shanghai Museum with its unrivaled collection of jade. Enjoy some time at People’s Park before strolling up Nanjing Road with its neon signs and crowds of locals and tourists.
Breakfast

Day 20: Suzhou, one of the Water Villages

You will be driven to Suzhou one of the most famous of the “Venices of China” a collection of small towns with an intricate network of canals and stone bridges. The world famous Suzhou Gardens include the Humble Administrator’s Garden which you will visit. You can also tour parts of the town by bike. Finish your visit with a compression massage.
​Breakfast

After breakfast you are transferred to the airport for the flight back to the USA arriving back the same day.
​Breakfast 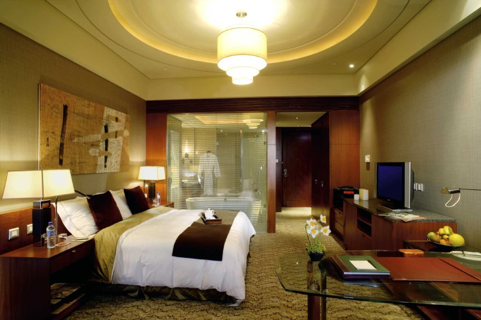 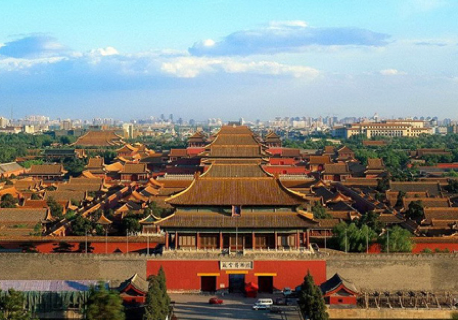 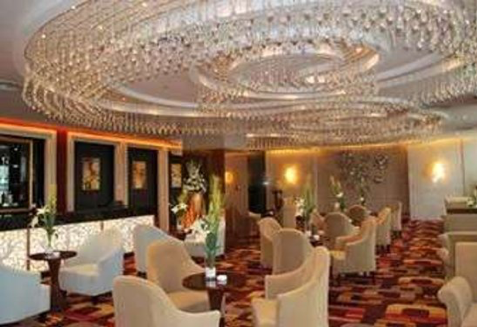 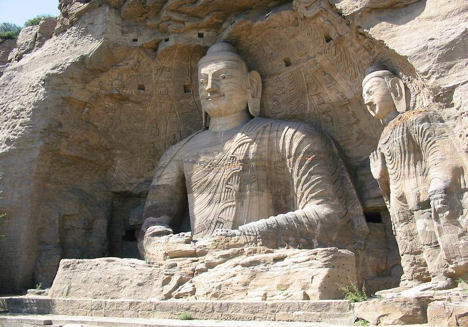 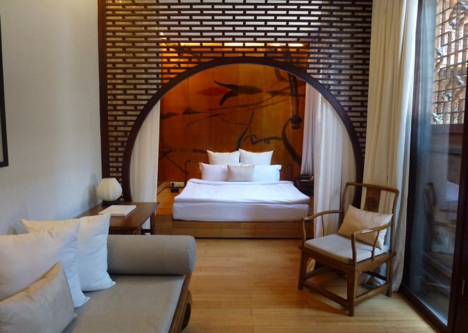 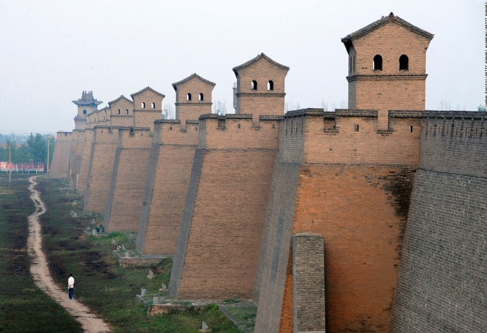 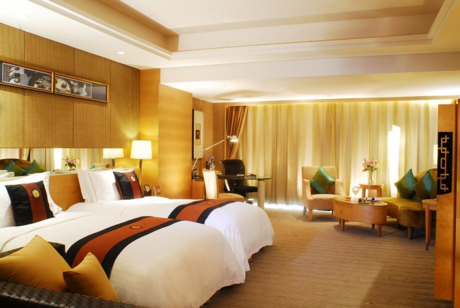 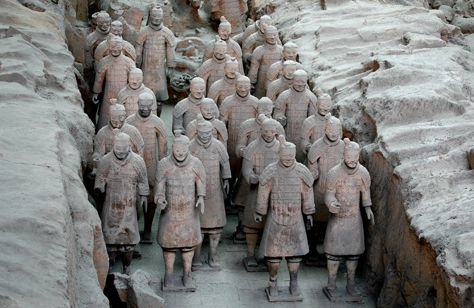 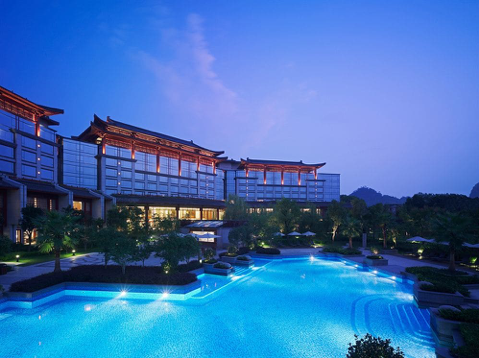 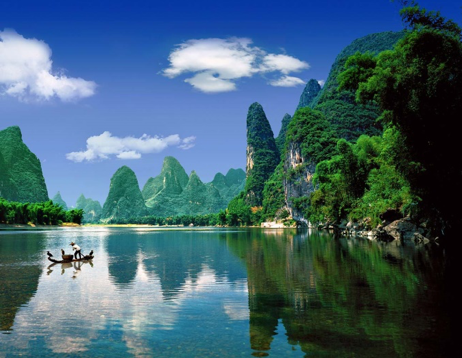 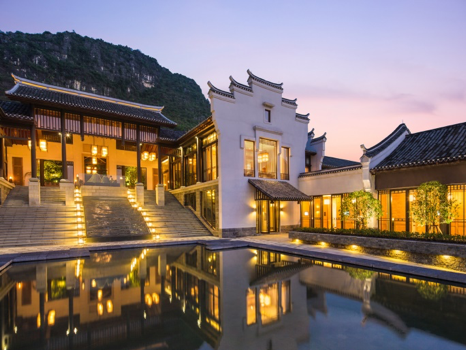 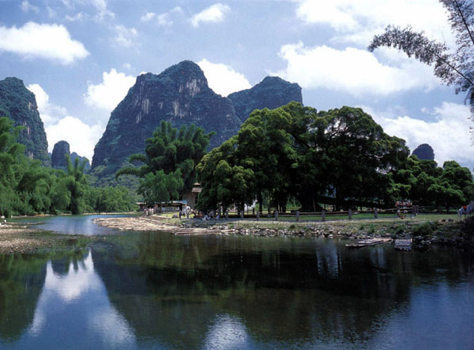 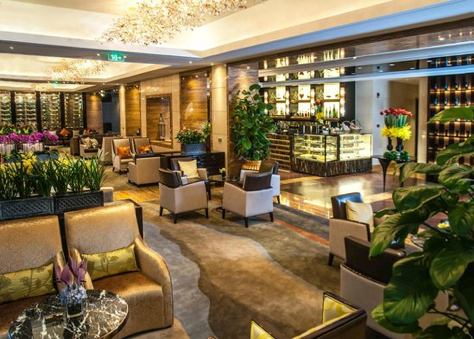 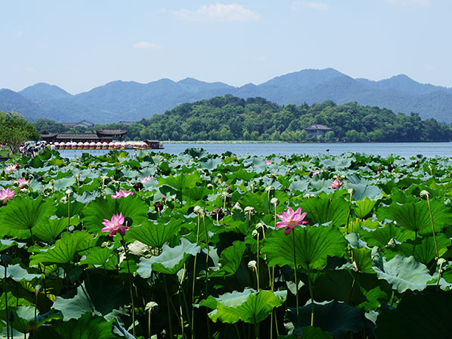 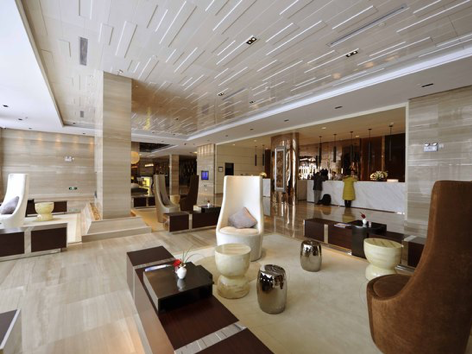 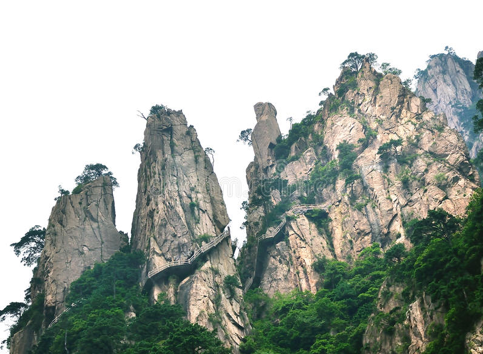 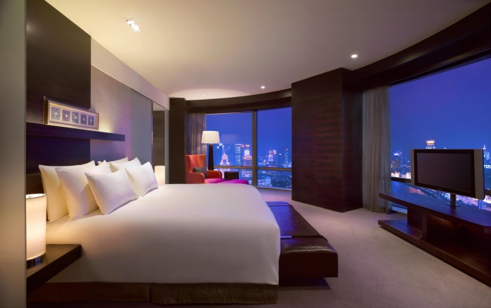 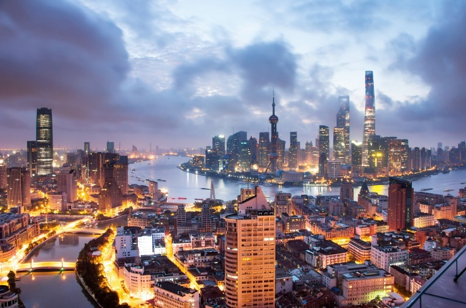