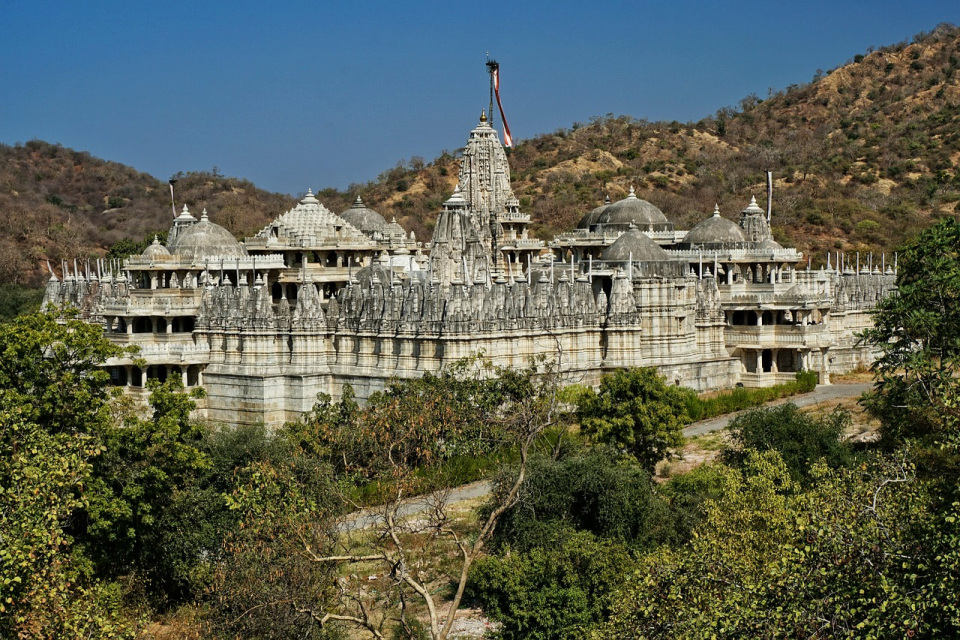 Rajasthan may be one of the most beguiling areas of India with its past kingdoms, extravagant palaces and impressive forts. What’s better is that you will stay in many of these palaces and forts that have now evolved into five star heritage hotels, replete with all the trappings enjoyed by Indian Royalty.

As an added bonus, stay in Uttar Pradesh, the home of the Taj Mahal whose changing colors you can view from sunrise to sunset. You will enjoy a full breakfast every day and dinner each evening. Given the standards of these hotels - you can enjoy a choice of Indian or western food. Private guides throughout your experience add to the enjoyment.
SKU:
Add to Cart

Today you head to the airport to board an overnight flight to Delhi and the beginning of your Indian adventure in Rajasthan and Uttar Pradesh.

You arrive in Delhi and after clearing customs you will be met by one of our drivers who will take you to your iconic hotel, an art deco gem remaining form the days of the British Raj. Delhi is the capital of modern India, a mingling of the old and new India. After resting and freshening up you have dinner at the hotel.
Dinner

After breakfast you meet your guide for a full day tour of old and New Delhi. You start in Chandni Chowk, known as the moonlight square of India and dating back over 400 years. You will ride a cycle rickshaw though the narrow lanes and witness the architectural marvels, the multi-colored facades, beautifully decorated shops, the cries of hawkers and the fragrances emanating from the potpourri of eateries that line these historical alleys. The morning portion will end at an old mansion that holds a photo gallery of life among the Mughals. In the afternoon you visit buildings created by the British in the early part of the 20th Century including government buildings, the Diplomatic enclave, President’s House and Parliament. Your hotel was also built during this period.
Breakfast and Dinner

Day 4: The Frescoes of Mandawa

Today you meet your guide and drive towards Mandawa. The old caravan routes where India, China, Persia, Arabia, Africa and Europe were traded ran though this area resulting in the emergence of a prosperous merchant community, the Marwaris, who flourished during the 18th and 19th Centuries. They invited traditional masons and former court painters to create havelis (mansions) with elaborate stonework and frescoes depicting sense from mythology and legend, animals, hunting scenes, local heroic figures and ornamental designs. After arriving in town you will tour many of these havelis to admire the artwork.
Breakfast and Dinner

Day 5: Bikaner and the Fort of Junagarh

You will leave your hotel and make your way to Bikaner whose strategic location on the ancient caravan roads headed to Central Asia made it a prime trade centre in Medieval Times. The city sits on a small hill surrounded by a four mile wall. The magnificent forts and palaces, created with delicacy in reddish-pink sandstone bear testimony to its rich historical and architectural legacy. You arrive at your hotel and check-in. In the afternoon you visit the Fort of Junagarh created in the 16th Century. Innovative for its time it is encircled by a moat which is believed to have bred crocodiles. After dinner, a car and driver will be at your disposal to visit some of the colorful bazaars.
Breakfast and Dinner

Day 6: Jaisalmer and the Thar Desert

Today you will head to the western border of Rajasthan through the Thar Desert. Your destination is Jaisalmer home to the world’s only inhabited medieval fort. This 12th Century city served as a bustling trading post along the famous Silk Road and still features markets selling silk, cashmere, silver jewelry, bronze statues and much more. After checking in to your hotel the rest of the afternoon is at leisure. In the evening dinner is served at your hotel.
Breakfast and Dinner

Day 7: The Fort and the Dunes of Khuri

Day begins with a private tour of the Jaisalmer Fort which is home to 25% of the population. Within the fort there are beautifully carved Jain temples dating from the 12th Century. You will also visit the Badas Vilas Palace the former ruler’s 20th Century Palace. In the late afternoon you will be driven out to the desert and the Khuri Sand Dunes. Here you will mount a camel for a ride into the desert to watch the sun set on this golden desert city.
Breakfast and Dinner

Day 8: The Blue City and the Sadar Market

After breakfast you will set off for Jodhpur which is known as the Blue City. It is the second largest city in Rajasthan after Jaipur and it is encircled by a high six mile long wall. After arriving in the city you check into your hotel which is a destination in itself. In the evening your guide will take you to Sadar market which has kept alive the old ‘haat bazaar’ culture. This lively, bustling and colorful market runs from Sojati Gate to the Clock Tower which also has its own market.
Breakfast and Dinner

Your guide will take you on a morning tour of Jodhpur including the Mehrangarh Fort. You will then drive into the countryside to a unique oasis called Chhatra Sagar. It was originally a bird hunting area owned by the Rathore family that attracted high society from both Jodhpur and Jaipur. A dam was created to conserve the water and over the years it has evolved into a wildlife sanctuary. On the top of the dam, Rajasthani tents have been erected to provide sleeping accommodations and elegant dining. You arrive in time to have lunch and then have the chance to tour the local area home to over 200 varieties of wildlife including kingfishers, egret, heron, antelope and wild boar. Return to the camp for an elegant candlelight dinner with all food locally sourced.
Breakfast, Lunch and Dinner

Day 10: The White Temples of Ranakpur

After breakfast you drive across the Aravalli Hills, the oldest mountain range in the world. The scenery along the way is superb and you will see many vignettes of Rajasthani rural life. Among the sights you will see are colorful villages, farms where an ancient system of using bullocks and a Persian wheel are still in practice. Your first stop is the White Marble temples of Ranakpur, surrounded by tangled forests with monkeys’ abounding in the courtyard. Ranakpur is one of the five important pilgrim centers in the Jain community. You will enjoy an alfresco lunch at the elegant Mountbatten Lodge before continuing your journey to Udaipur one of the most romantic cities in the world. You will also be staying in one of the most romantic hotels in the world, a palace located on its own island in the middle of Lake Pichola. Your guide will bring you to the dock as you transfer by boat to the hotel.
Breakfast, Lunch and Dinner

Dotted with marble palaces, hibiscus-laden gardens and fountain pavilions, Udaipur appeals to the imagination of poets and painters, travelers and writers like no other city in the country. After breakfast you are transferred across the lake where you meet your guide for a private tour of the city’s highlights.  Start your visit at Jagdish Temple. Notice the many heritage mansions that line the city boulevards, the art galleries and boutiques that lead to the old bathing Ghats that fringe the banks of Lake Pichola. Visit the City Palace and its collection of mosaics, crystal, ceramics and miniature paintings. To break up the day take a private boat ride around the shores of Lake Pichola and return to shore. Your guide will then take you on a heritage walk to visit an ancient step well which was used for drinking water by the locals. Join a family at their private residence for tea and cake and to enjoy their fresco paintings in the 150 year old residence. Finish the day with a trip through the bustling markets of the city for the true pulse of the city.
Breakfast and Dinner

After breakfast you are transferred to the airport for a one hour flight to Jaipur. It is popularly known as the Pink City thanks to the color of the sandstone buildings. The city was built starting in 1727 and was designed based on a grid system making it the only planned city of its time. Your guide will meet your flight and take you on a tour of the city starting with the City Palace which houses rare manuscripts, paintings and an armory. You then visit the Royal observatory built in the 17th century by Jai Singh, a famous astronomer. It features a 900 foot sundial. You will pass Hawa Mahal also known as the “Palace of the winds”. It was built in a unique design to allow the ladies of the court to watch the daily goings on in the street below but remain unseen. After the tour you check into your elegant hotel.
Breakfast and Dinner

Day 13: The Amber Fort and Dinner at Dera Mandawa

Start your day with a visit to the Amber Fort. If you are looking for exercise you can walk up to it taking about ten minutes. Alternatives are a jeep ride or on the back of an elephant. Your choice. Your guide will take you through the sprawling complex of courtyards and halls. The afternoon is left open but a car and driver will be at your disposal should you want to visit the markets. In the evening you are invited to a special cooking lesson and dinner at Dera Mandawa. Your host is Thakur Durga Singh a keen observer of history, culture, religion and current affairs. He will be more than happy to share his experiences with you both in the kitchen and at the dining table.                                                                            Breakfast and Dinner

Today you will drive to Agra which was the capital of the might Mughals and also the home of the Taj Mahal and the Agra Fort. On the way you will stop at Fatehpur Sikri another UNESCO World Heritage site. It was constructed in the 16th Century by Akbar the Great to be a second Agra but after its completion, the wells ran dry so the entire, intact city was abandoned. It remains in much the same condition as it was over 300 years ago. After your visit you drive into Agra and your impressive 21st Century hotel built on Mughal principles. You have time to relax before dinner. You may want to visit the Taj Mahal at Sunset since it is in proximity to your hotel. As you will see tomorrow, it is more impressive at Sunrise.
Breakfast and Dinner

Rise early to join your guide as you watch the sunrise at the Taj Mahal one of the world’s great sights and a fitting finale to your Indian Adventure. It is not yet finished however since your guide will take you to visit the Agra Fort, the seat of Mughal Power. Although less known, the fort, to many, is more impressive than the Taj given its variety of rooms and soap opera history. Your guide will elucidate. After your visit your driver will take you to Delhi where a day room has been reserved to allow you to rest and freshen up before your early morning return flight to the USA.
Breakfast

Day 16: Return to the USA
​
After an early morning departure you arrive home the same afternoon. 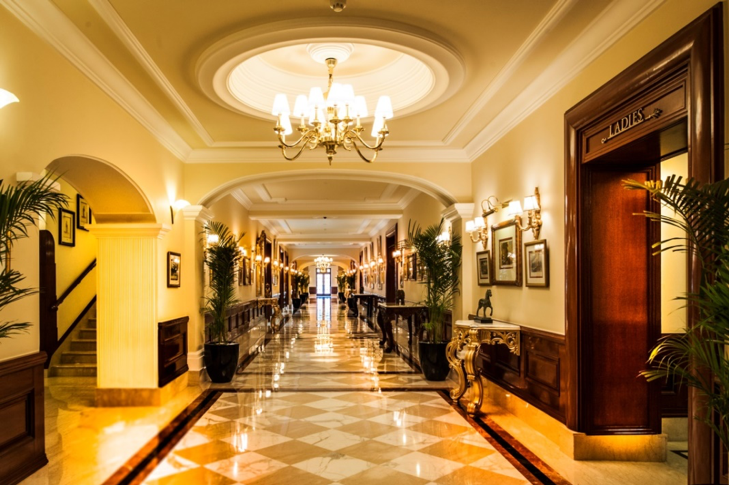 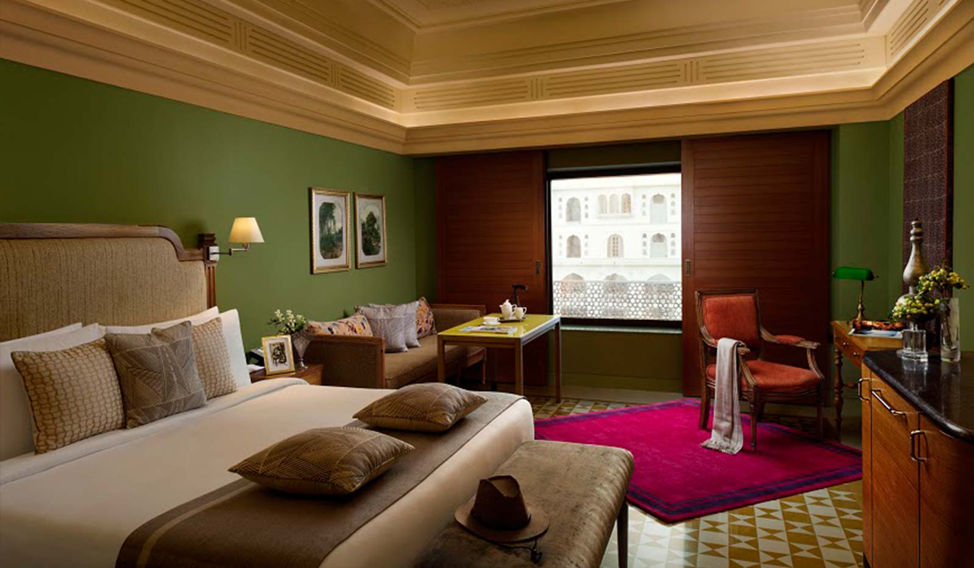 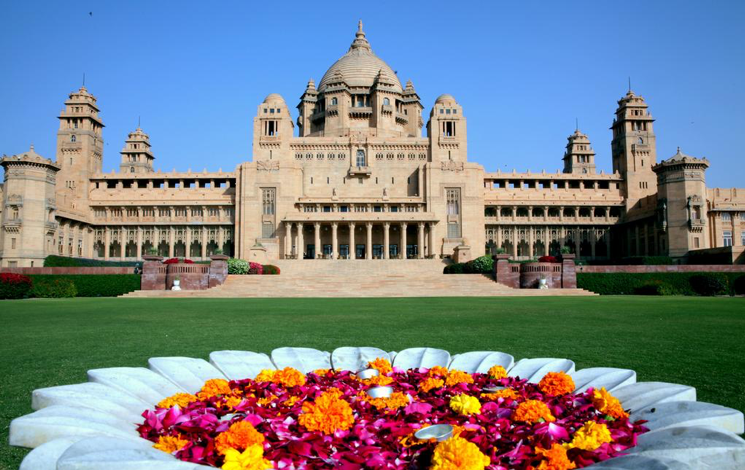 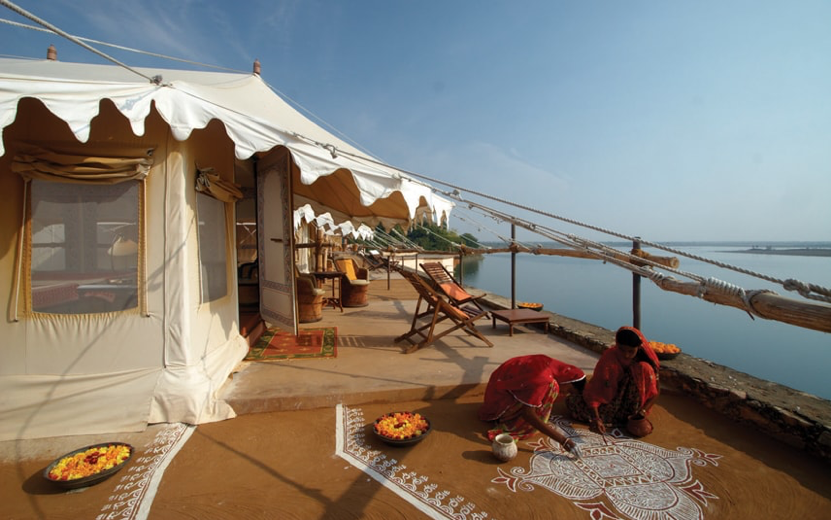 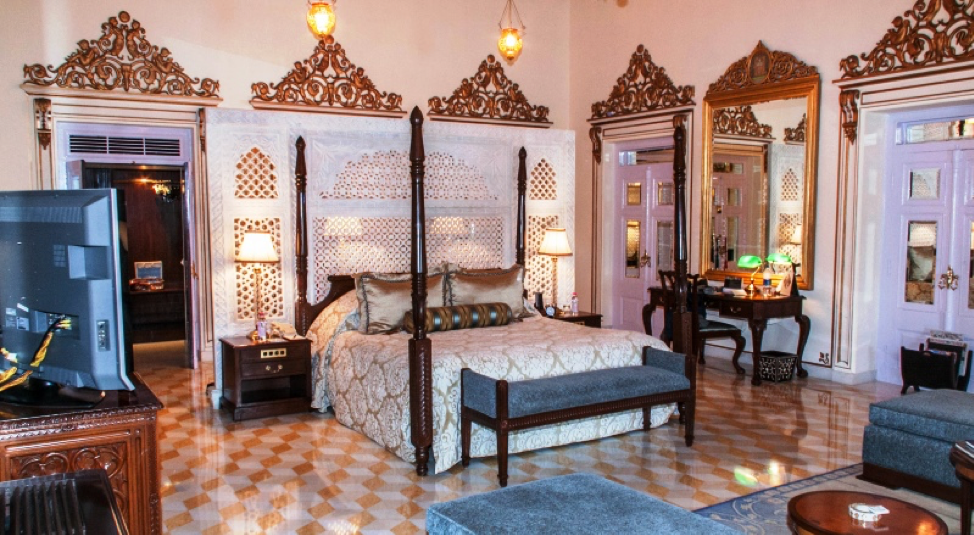 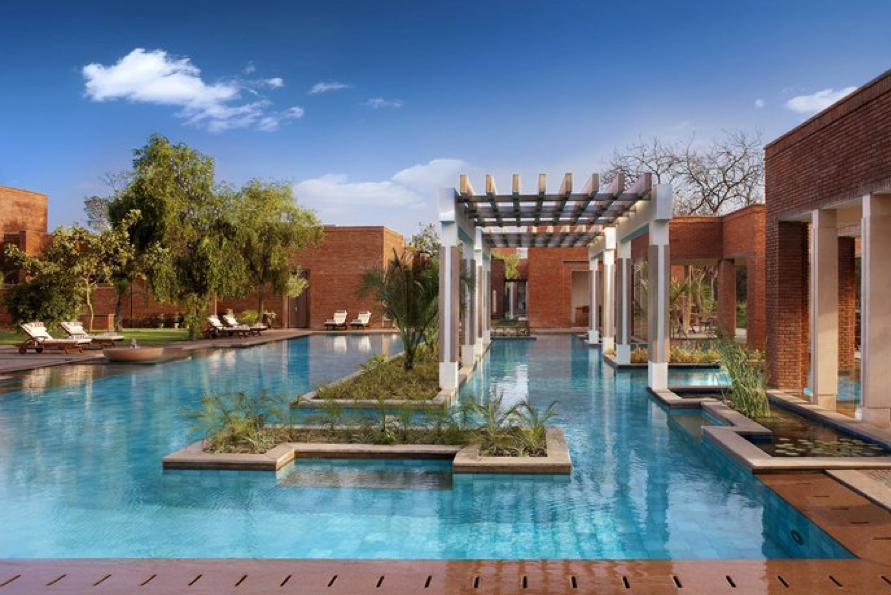