Dubai and the Best of Jordan 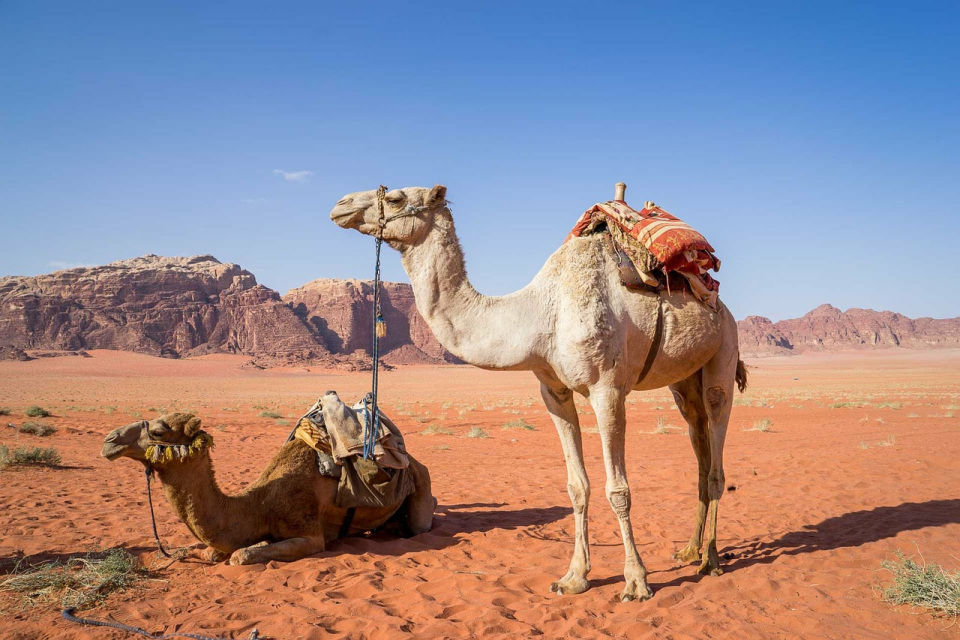 Combine a highlight visit to 21st Century Dubai with the historical treasures of Jordan and you have a true overview of the evolution of this portion of the Middle East.

Enjoy the views from the world’s tallest building and float in the Dead Sea located below sea level. Visit the area where Lawrence of Arabia camped with his army and where, decades later, his movie was filmed. You will Experience Roman Times, the time of Jesus all the way to current events. An ideal program for a multi-generational family looking to learn history together…and have a good time.
SKU:
Add to Cart

You board your aircraft for the flight to Dubai and the beginning of your unique Arabian holiday.

Upon arrival you will be met and taken to your deluxe hotel located on a man-made island known as “The Palm." Rest of the day at leisure.

Day 3: The City and the Desert

Dubai is a city that seemingly changes every day but there is still some of “old” Dubai if you look for it. Your guide will take you to the spice market, the gold souk and the Bastakiya area with its traditional wind-towered houses. You will also see the modern skyline including a ride to the top of the Burj Khalifa, the world’s tallest building. In the evening you will be taken out to the desert where your skilled driver will take you through the dunes as the sun begins to set. Visit a Bedouin campsite where you can enjoy camel riding and a BBQ buffet before returning to the bright lights of the city.
Breakfast and Dinner

Since the Emiratis went to all the trouble to create the land and the beach where you have been staying you should at least devote the morning to relaxing on the beach and working on your tan. In the early afternoon you will be transferred to the airport for the short flight to Jordan’s Capital, Amman. Upon arrival you will be met by one of our drivers and delivered to your hotel. Relax and enjoy dinner in your hotel.
Breakfast

After breakfast you will have a private tour of the Capital of the Hashemite Kingdom. You will start with a visit to the Citadel which includes the Temple of Hercules, the Umayyad Palace and the Byzantine Church. At the foot of the Citadel is the 6,000 seat Roman theatre still in use today. You will then tour the modern side of Amman before having lunch. Use the afternoon to explore on your own or just enjoy one of the sidewalk cafes.
Breakfast, Lunch and Dinner

Today your guide will take you to three sites, some dating back to Neolithic times. Pella is located in the Jordan Valley and the site has been continuously occupied since Neolithic times. First mentioned in the 19th century BC in Egyptian inscriptions it was renamed Pella in honor of the birthplace of Alexander the Great.  The Roman City was destroyed by the Golan earthquake of 749. Only a small portions of the ruins have been excavated but those that have are impressive/.  You next visit will be to Jerash which is generally recognized to be one of the best-preserved Roman provincial towns in the world. You will then stop for lunch before finishing your visits with an inspection of Umm Qays (previously Gadar) which is perched on a hilltop overlooking the Jordan Valley and the Sea of Galilee. It is an exceptionally well-preserved Roman town.
Breakfast, Lunch and Dinner

This morning you will visit three Desert Castles, Qasr Amra, Al Arzak and Al Kharannaeh. Each is a beautiful example of both early Islamic art and architecture and stand testament to a fascinating era in the country’s rich history. Their fine mosaics, frescoes, stone and stucco carvings and illustrations, inspired by the best in Persian and Greco-Roan traditions, tell countless stories of life as it was in the 8th Century. These desert complexes served various purposes as caravan stations, agriculture and trade centers, resort pavilions and outposts that helped distant rulers forge ties with local Bedouins. You will have lunch along the way and return to Amman in the evening.
Breakfast, Lunch and Dinner

After breakfast you leave Amman with your guide to explore three extraordinary sights. Your first visit will be to the city of Madaba, best known for its spectacular Byzantine and Umayyad mosaics. It is home to the 6th century mosaic map of Jerusalem and the Holy Land. With two million pieces of colored stone, the map depicts hills and valleys, villages and towns as far as the Nile Delta. Your next visit will be to Mount Nebo which overlooks the Dead Sea, the Jordan River Valley, Jericho and the distant hills of Jerusalem. This is the mountain where God allowed Moses to see the Holy Land of Canaan but forbade him from visiting it.  He died and was buried in Moab but the exact location has never been discovered.  After your visit you have lunch and then make your way to the Dead Sea which is 1,312 feet below sea level. Check in to your resort hotel.
Breakfast, Lunch and Dinner

Day 9: Relaxing at the Dead Sea

You have a day to relax and try bathing in the Dead Sea. The lowest point on the face of the earth, this vast stretch of water receives a number of incoming rivers, including the River Jordan. Once the waters reach the Dead Sea they are land-locked and have nowhere to go so they evaporate leaving behind a super salty water that is ten times saltier than sea water but also rich in chloride, salts of magnesium, sodium, potassium, bromine and others. You should see how easy it is to float in the Sea but also take advantage of the Spa treatments at the hotel.
Breakfast and Dinner

Following breakfast, you check out of the hotel and head to the Red Rose City of Petra. You will stop at Kerak Castle which is one of the finest examples of a Crusaders’ Castle with its dark maze of stone-vaulted halls and endless passageways. In keeping with the Crusader’s themes tomorrow you will visit Petra which played a starring Role in “Indiana Jones and the Last Crusade”. On arrival in Petra you check into your hotel.
Breakfast, Lunch and Dinner

Petra is the legacy of the Nabateans, an industrious Arab people who settled in Jordan more than 2000 years ago. Much of Petra’s appeal comes from the movie, of course, but prior to that it was the spectacukr setting deep inside a narrow desert gorge. The site is accessed by walking though (or riding a donkey), a half mile long chasm with 600 feet walls on each side. As you complete the task you are faced with the Treasury building which supposedly held the Holy Grail. There are many other walks and climbs for you to try. After the visit you have lunch and then head to Wadi Rum which was the encampment area for the army of Lawrence of Arabia prior to their attacking the Turkish Army in Aqaba. You will transfer to a 4WD vehicle to explore the area that Lawrence described as “vast, echoing and God-like”. It was also the location of scenes from the movie. Using a modern highway and with more peaceful intentions, you drive to Aqaba for your final night’s stay.
Breakfast, Lunch and Dinner

In the morning you are transferred to the airport where you fly to Amman and board a flight to the USA arriving the same afternoon.
​Breakfast 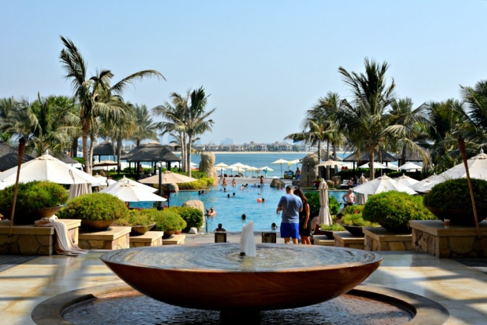 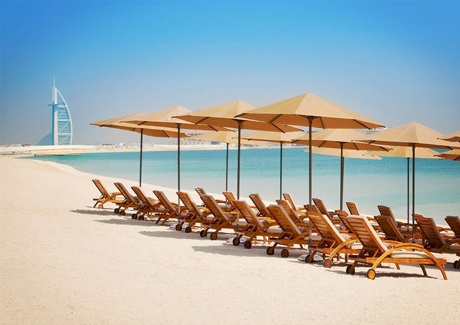 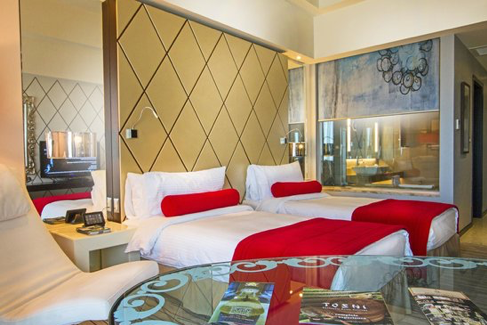 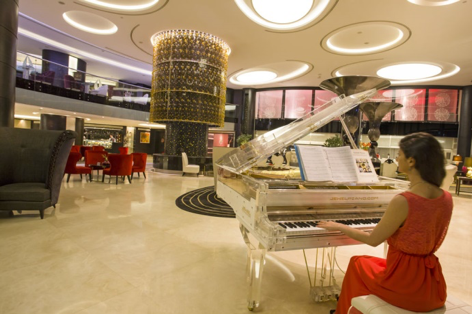 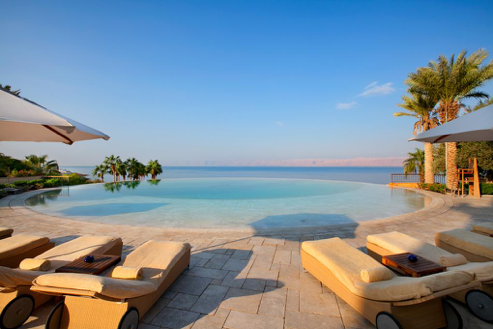 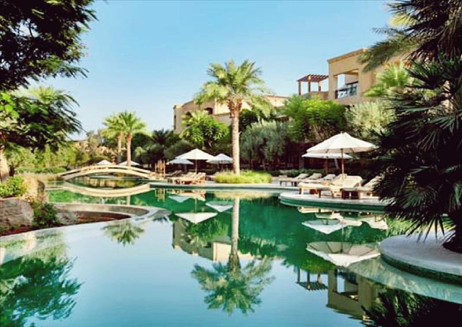 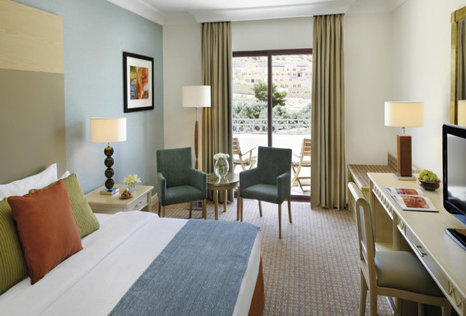 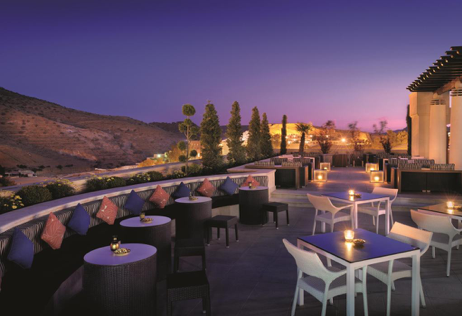 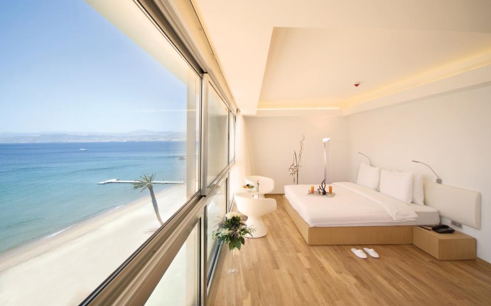 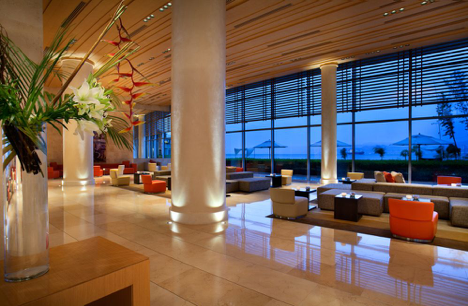